Liverpool’s Champions League plans have been thrown into turmoil by the UK Government’s latest travel warning regarding Denmark.

The Reds are due to fly to the Scandinavian country next month as part of their Group D schedule.

However, latest travel restrictions mean that any persons returning from the country must self-isolate for two weeks when they get back.

Those protocols have been waived for elite sportsmen and sportswomen since the return of competitions, however it has been confirmed that this will not be the case with Denmark.

This is due to a new, more virulent strain of the coronavirus having been passed from mink to humans.

And according to the Liverpool Echo, this could have ramifications for Jurgen Klopp’s side, with the Reds’ trip to Herning now being rethought.

The outbreak in Denmark has already caused question marks over the upcoming friendly between England and Iceland. 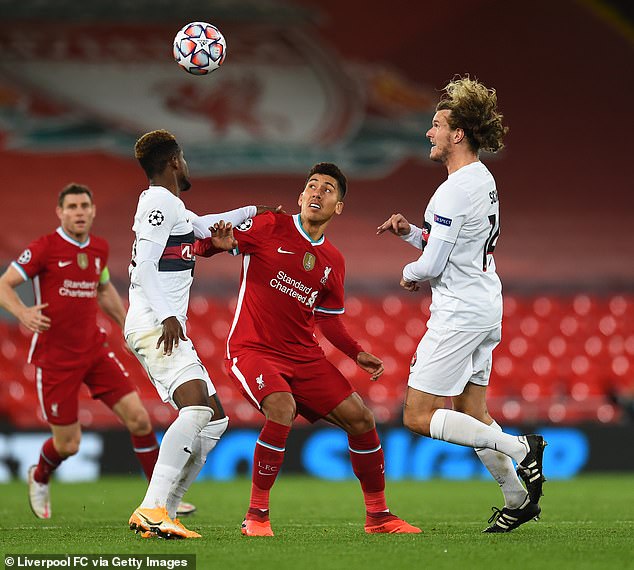 With Iceland due to face Denmark just three days before heading to Wembley for their November 18 Nations League clash,  the FA are set to hold urgent talks with the FA to find out whether the match can go ahead.

Danish football’s governing body said in a statement on Sunday: ‘The DBU’s management has in the last few days been in dialogue with both UEFA, the English Football Association, English authorities and others.

‘As DBU has not received the necessary answers from the English Football Association, national coach Kasper Hjulmand has been forced to select a number of extra players for the test match against Sweden on Wednesday, if the English authorities do not have time to change the rules in the next few days.’

As it stands, Premier League clubs are refusing players the right to travel to Scandinavian destinations due to the latest outbreak.

Leicester keeper Kasper Schmeichel and Tottenham midfielder Pierre-Emile Hojbjerg were due to link up with Denmark while Andreas Christensen (Chelsea), Jannik Vestergaard (Southampton), Henrik Dalsgaard (Brentford), Mathias Jensen (Brentford) and Jonas Lössl (Everton) could also miss out. Denmark have called up nine new players to the squad. Swedish players could also be affected.

The new rules took effect on November 7 and are due to be reviewed in a week.

Should the situation stay the same through this month, it would mean a certain postponement to Liverpool’s clash with Midtjylland on December 9 – their final group game in the Champions League.

Manchester United ‘will return to sign Ousmane Dembele from Barcelona in...

Manchester United 'will return to sign Ousmane Dembele in January' after their...

PSG have been decimated by coronavirus with seven stars including Kylian...

Livid Jose Mourinho takes a swipe at his Tottenham squad on...

‘Barcelona are NOT at the level to win the Champions League,’...