Each week throughout the 2020-21 season, Sportsmail will bring you a Power Rankings table, listing the top-10 hottest players in the Premier League.

As the stories of the season unravel, the rankings will provide a form guide with players moving in and out of the top 10 depending on both their performances in the previous fixtures and also in recent weeks.

Southampton were top of the table for the first time in the Premier League era on Friday night after an impressive 2-0 win over Newcastle.

However, the Saints were overtaken come the weekend by Liverpool, Tottenham and Leicester – with the latter holding top spot at present. Defending champions Liverpool were involved in the standout fixture as they drew 1-1 at title rivals Manchester City.

With all of that in mind, how do Sportsmail’s latest batch of Power Rankings look? 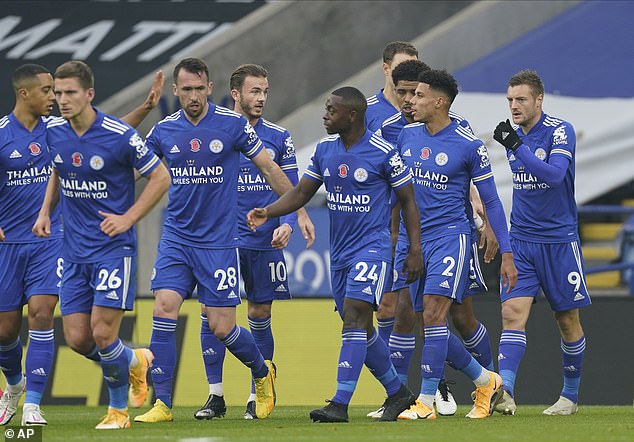 However, Leicester now lead the way as the Premier League pauses for the international break

If Danny Ings is earning the majority of the plaudits for Southampton’s impressive start to the season, then James Ward-Prowse isn’t too far behind.

The midfielder was appointed full-time captain for this season and he has been leading by example as Saints currently sit fourth in the table.

With Ings out for four-to-six weeks due to a knee injury sustained in the 4-3 win at Aston Villa, Ward-Prowse willed his side to victory on Friday night against Newcastle.

The midfielder, along with Stuart Armstrong, was everywhere in midfield as they dominated Newcastle.

Ward-Prowse’s form has been rewarded with another England call-up for this week’s international fixtures and he’ll be hoping he can get a chance to replicate his club form for his country. 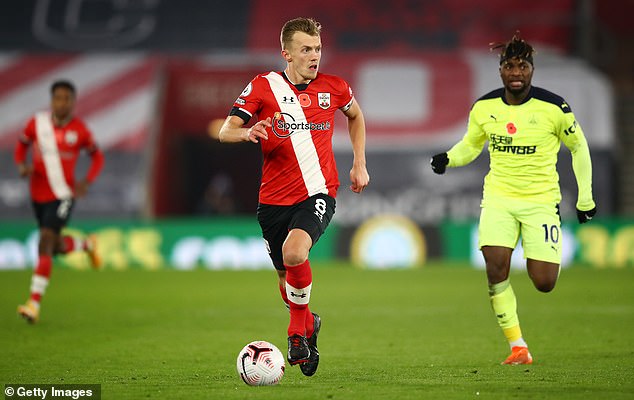 Cometh the hour, cometh the man once again for Manchester United. Whenever they are in a spot of bother, which is increasingly becoming more often, then Bruno Fernandes is always on hand to bail them out.

The Portuguese playmaker has been at the club less than a year, he only joined in January from Sporting Lisbon, but his impact on the team cannot be denied.

Trailing 1-0 at Everton, and with mounting scrutiny on manager Ole Gunnar Solskjaer, Fernandes levelled the scoreline with an emphatic header in the first half.

The 26-year-old then turned the game on it’s just 12 minutes when his cross somehow found the far post and went in.

The goalscorer then turned provider to set up Edinson Cavani in injury time to complete the 3-1 scoreline. It was Cavani’s first goal for the club too.

It was a man-of-the-match display from Fernandes and United need more of that as they look to climb up the table. 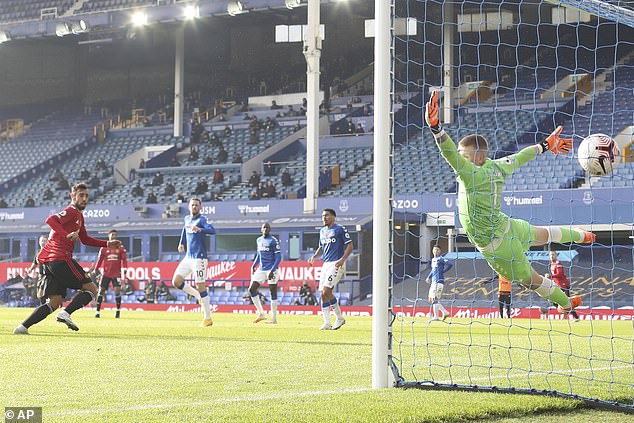 Ollie Watkins must be thinking ‘what is this Premier League lark all about’.

Watkins scored two on Sunday night as Villa stunned Arsenal to cruise to a 3-0 victory on the road.

The 24-year-old made it 2-0 to the visitors with a close-range header before completing the scoreline with a crisp first-time finish.

Villa avoided Premier League relegation on the final day of last season but at present a repeat scenario doesn’t look to be on the cards with Watkins in attack. They currently sit sixth and have won three away games already. 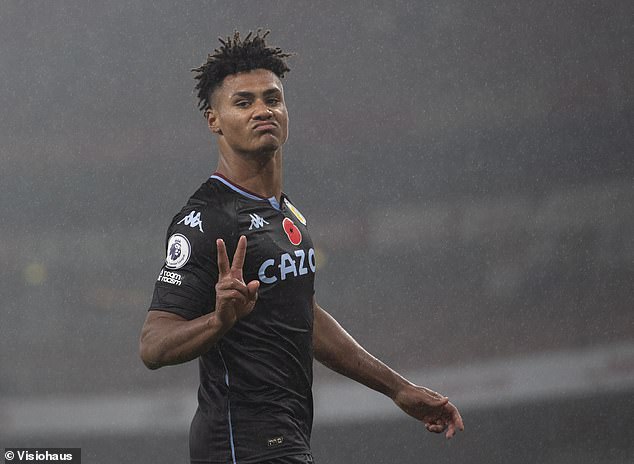 Just like Watkins, Hakim Ziyech is taking the Premier League like a duck to water. The Moroccan missed the start of Chelsea’s season due to injury but now fully fit he is taking England’s top flight by storm.

In four matches, two of which have come as a substitute, he has scored once and laid on three assists. Against Sheffield United on Saturday evening came two of the latter.

Chelsea manager Frank Lampard hailed the 27-year-old as the ‘complete’ player post-match and it’s hard not to argue that on this early showing.

The Blues made a plethora of signings this summer and Ziyech could prove to be the greatest of them.

Only Kane (eight), Jack Grealish (five) and John McGinn (four) have produced more assists than Ziyech in the Premier League this season. Don’t be surprised if that changes come May. 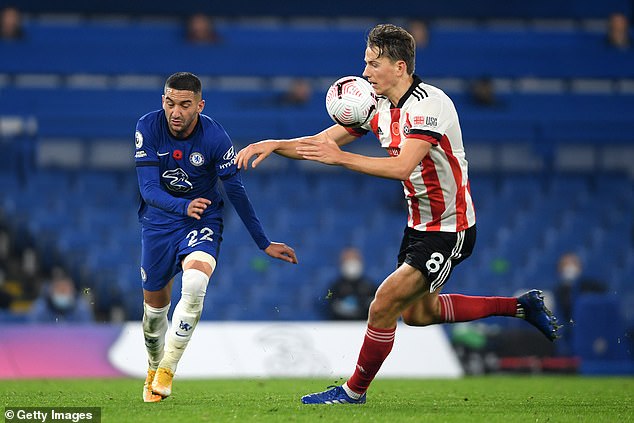 We’re sticking with the Blues at No 6 in our list as Edouard Mendy occupies this spot.

The Chelsea goalkeeper held this position last week and he does so again after another solid display for Lampard’s side.

He’ll be annoyed at failing to keep a clean sheet against Sheffield United, thanks to David McGoldrick’s flick to give the visitors the lead, but Mendy looks the real deal.

The Senegal international, 28, has looked assured and has given Chelsea a lot more stability at the back. On this evidence, Kepa Arrizabalaga is not getting back into the side any time soon. 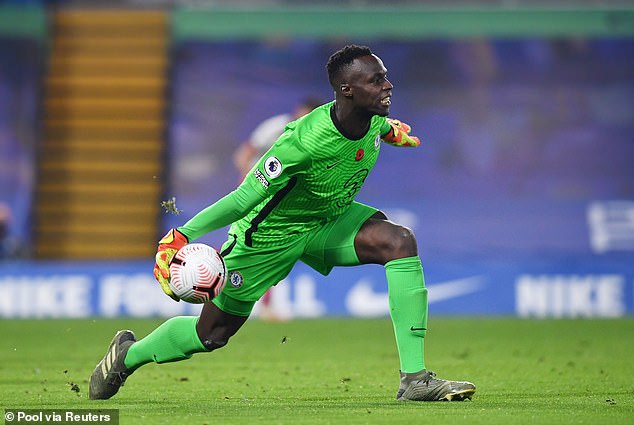 Will Patrick Bamford be the next footballer to earn a maiden England call-up by Gareth Southgate?

Reports have suggested that this will be the case due to a potential shoulder injury to Marcus Rashford. And if it is then it will be well deserved for a striker in form.

Bamford was on the scoresheet again, albeit in a losing effort, as Leeds lost 4-1 at Crystal Palace on Saturday. He was extremely unlucky to have another goal ruled out for offside following a controversial VAR review too.

The 27-year-old has failed to deliver in the Premier League before at previous clubs but Marcelo Bielsa has him purring for Leeds. He has seven goals in the top flight this season with only Calvert-Lewin, Salah, Son and Vardy above him (all eight). 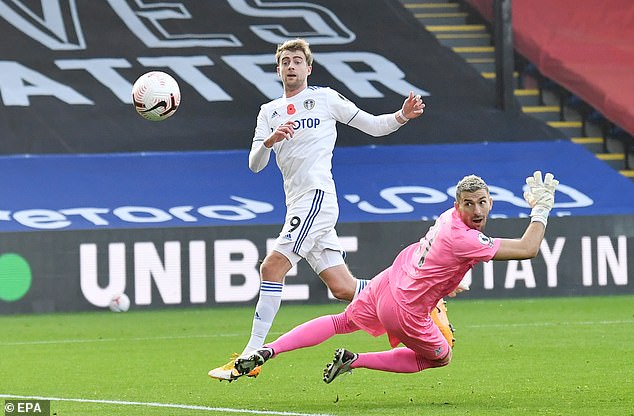 Speaking of Son Heung-min, he’s at No 4 in our list once again. The Tottenham forward is going through a ‘dry spell’ (in the loosest of sense) by failing to score or assist in their last two matches.

Such is the South Korean’s form this season that this is a shock but there is no cause for concern. The 28-year-old will be back in the goals and assists sooner rather than later is now part of a scary an attacking triumvirate alongside Kane and Bale.

Jose Mourinho hopes he’ll be on form after the international break when Spurs entertain Manchester City in a fortnight. 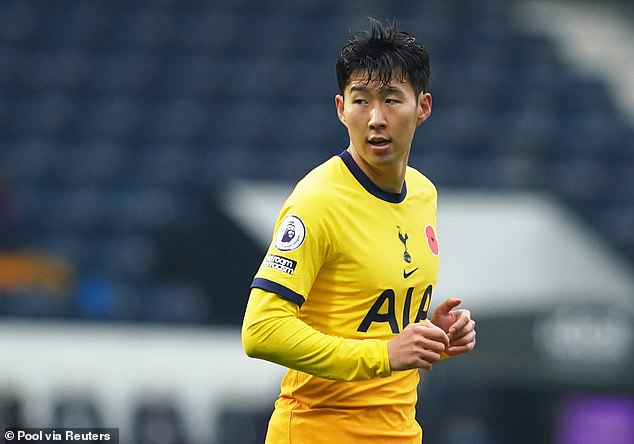 3. Dominic Calvert-Lewin (down one)

He may have failed to score against Manchester United but that doesn’t mean Dominic Calvert-Lewin didn’t pose Ole Gunnar Solskjaer’s side plenty of problems.

In the first half especially Calvert-Lewin was an aerial menace, especially to Victor Lindelof, and it was his presence that allowed the Toffees to take the lead through diminutive forward Bernard.

Calvert-Lewin sits joint-top of the goalscoring charts with eight goals and will back himself to add to that after the international break at Fulham. 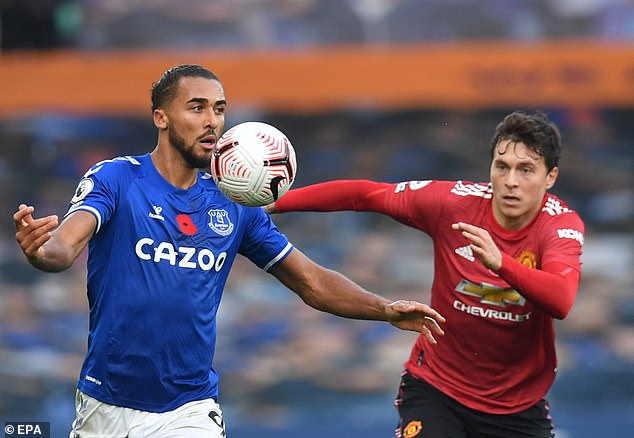 If it wasn’t for the goalscoring form of No 1, then Jamie Vardy would be there. As it is, the Leicester City striker has to make do with No 2 in our list.

The Foxes’ No 9 scored his third Premier League goal in as many games on Sunday as Leicester won 1-0 at home to Wolves.

The 33-year-old shows no sign of slowing down and his winner propelled Leicester to top of the table.

Vardy now has an incredible eight goals in seven Premier League games this season and nine goals in eight appearances in all competitions.

Liverpool, who have problems at centre back, better watch out after the international break. The Reds host Leicester next. 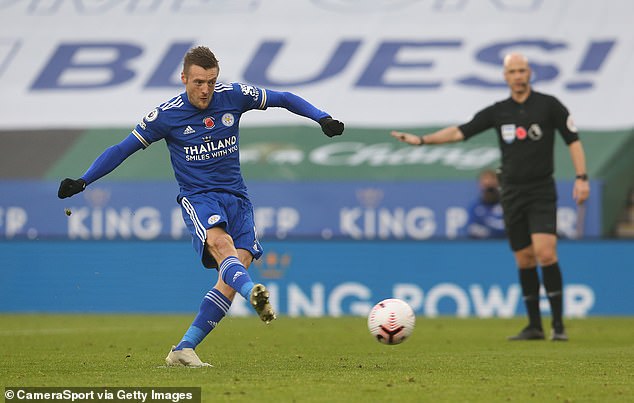 There is no change in top spot of our power rankings as Harry Kane reigns supreme once more.

Tottenham’s talisman made it consecutive goalscoring weeks in the Premier League, following his penalty in the 2-1 win over Brighton, by scoring the matchwinner at West Bromwich Albion on Sunday afternoon.

Kane scored the only goal of the game with two minutes left as he cleverly headed past West Brom goalkeeper Sam Johnstone after a long diagnonal pass from Spurs right back Matt Doherty.

The victory propels Tottenham into second place in the table, just a point behind Leicester City, with a growing belief they can mount a serious title challenge this year.

Once more too, it was a landmark strike for Kane who has now scored 150 Premier League, all for Spurs, and comes only days after he scored his 200th goal for the club. This places him joint-ninth among all-time Premier League goalscorers alongside Michael Owen.

Next in his sights is eighth-place Jermain Defoe who netted 162 times in the Premier League. 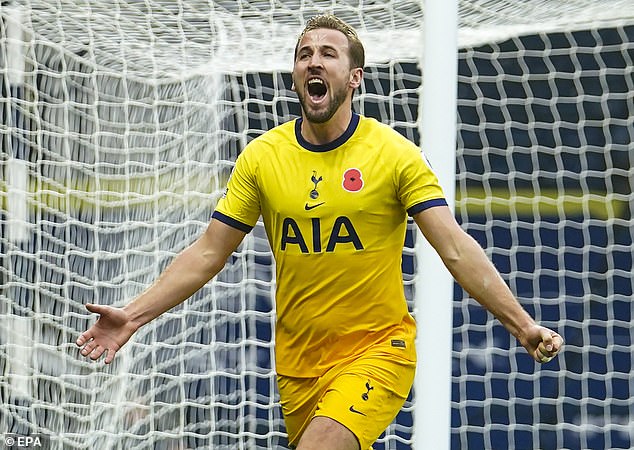 Who makes Sportsmail’s Manchester City vs Liverpool combined XI ahead of...