Former Monaco winger Jerome Rothen admits his spat with Zinedine Zidane is ‘a black point in my career’ as he reveals Real Madrid legend and French team-mate told him ‘Get up, son of a b***h’ in 2004 Champions League clash

Former France and Monaco winger Jerome Rothen admits the incident which saw Zinedine Zidane call him a ‘son of a b***h’ in 2004 was ‘a black point in my career’.

But for Rothen the achievement was overshadowed by a clash with his international team-mate in the dying minutes of the second leg. 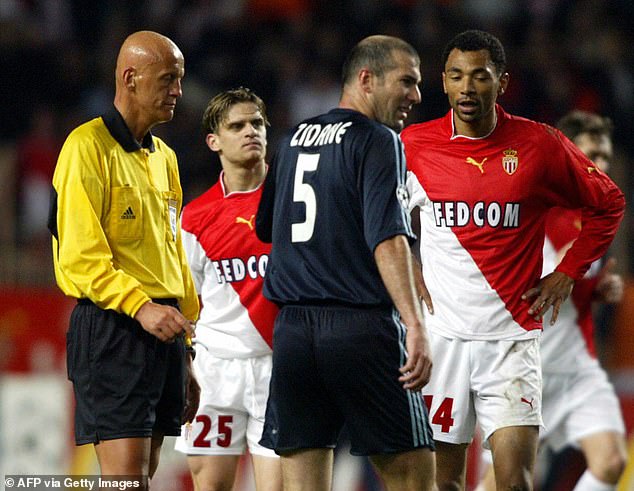 Monaco had overturned a 4–2 first leg deficit, and were 3–1 up with seconds left to play when Zidane challenged Rothen from behind.

According to Rothen, who made 13 appearances for France between 2003 and 2007, Zidane did not take kindly to his reaction.

In his 2008 autobiography, he wrote: ‘It was a foul and I went down, admittedly I made a bit more of it, but anyone would have done the same, as we were trying to buy some seconds.

Looking back at the incident, Rothen told RMC Sport: ‘It is a black point in my career. 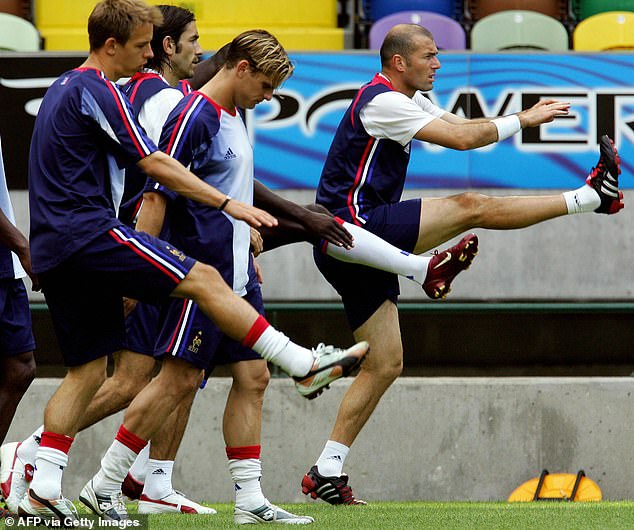 The pair were French team-mates, pictured training at the Jose Alvalade stadium at Euro 2004 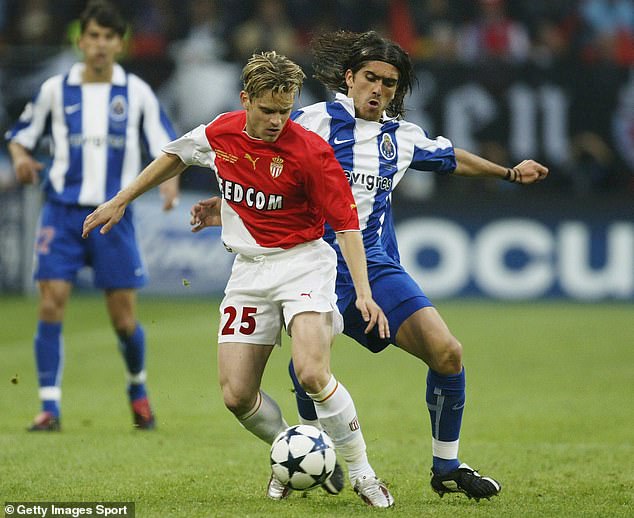 Rothen battles with Pedro Mendes during the 2004 Champions League final, won by Porto

‘We knew each other from the French team and I don’t understand it. I had a good relationship with him, although he is not one of those who is used to talking a lot.

‘I made a foul and we are at the end of the game. Already winning 3-1 and through, I waste time. There is frustration on his part, he loses a ball… this is the Real Madrid of the Galacticos eliminated by small Monaco and he did not expect this madness’, he said.

Although Rothen admits he understood Zidane’s reaction, he said he never received an explanation from his compatriot.

‘I am not saying that we were the best friends in the world. I have also insulted, but someone with the one that you have shared the same shirt, with whom you sat next to in the dressing room … I think there are limits, ‘he concludes. 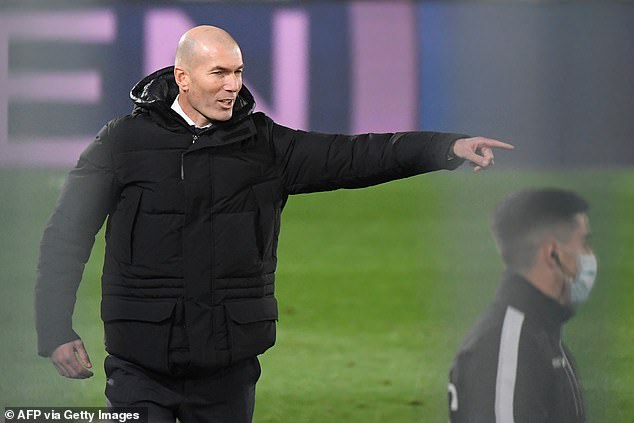