‘You learn more about your players when they are on a bad run’: Frank Lampard questions his Chelsea players after three defeats from four games as he claims they ‘lacked character’ in defeat to Arsenal

Frank Lampard admits the jury is out on his stumbling Chelsea players following a worrying run of three defeats in four matches.

Having gone 17 games unbeaten, a sequence that saw them move to within touching distance of the Premier League summit and cruise through their Champions League group, the Blues have hit a sticky patch which leaves them in eighth place heading into today’s clash with Aston Villa.

‘You learn more about your players when they are on a bad run,’ said Lampard.

‘Some of them are young and these tough times are things that we will have to go through.

‘I don’t think this season was ever going to be plain sailing, winning every week.

‘But the players lacked character against Arsenal and they know that.’ 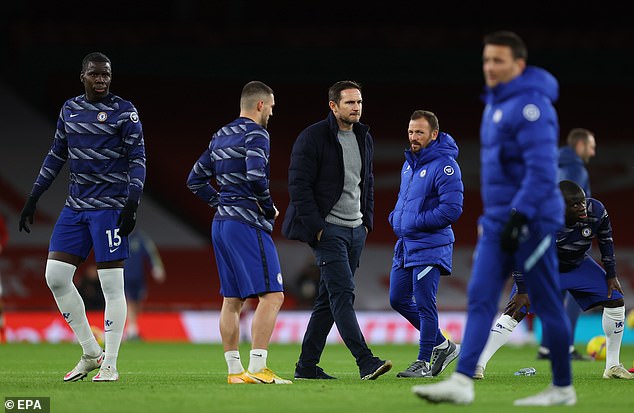