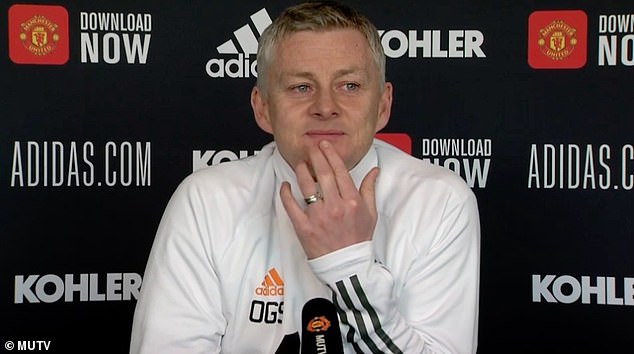 Ole Gunnar Solskjaer says he would be happy for Manchester United’s Europa League ties to be played as one-off games rather than over two legs.

United are among the English clubs whose European fixtures have been disrupted by travel restrictions, with next week’s last 32 first-leg against Real Sociedad being played in Italy at Juventus’ home ground.

The final knockout stages of United’s Europa League campaign last season were played on a one-off basis in Germany, and Solskjaer would be prepared to do the same again. 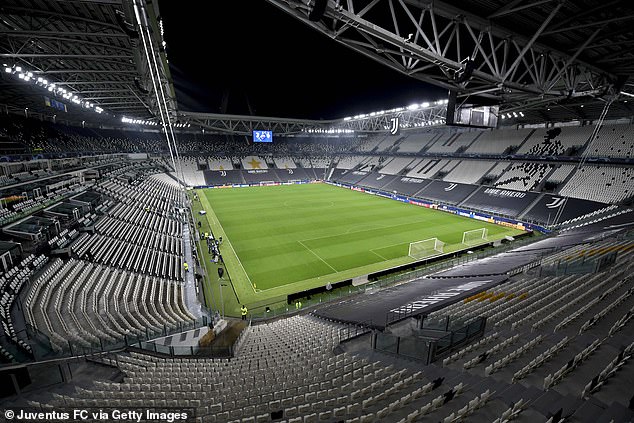 ‘With Europe and different governments, we hope it’s going to be sustainable but the travel in Europe is difficult,’ said the United boss.

‘It’s not a decision we made but when one game is at a neutral venue it’s a disadvantage to the team that doesn’t have the home game.

‘That’s out of our hands, we can’t say we’d go to Turin and play one game, but I wouldn’t mind that at all – it would be one game less. 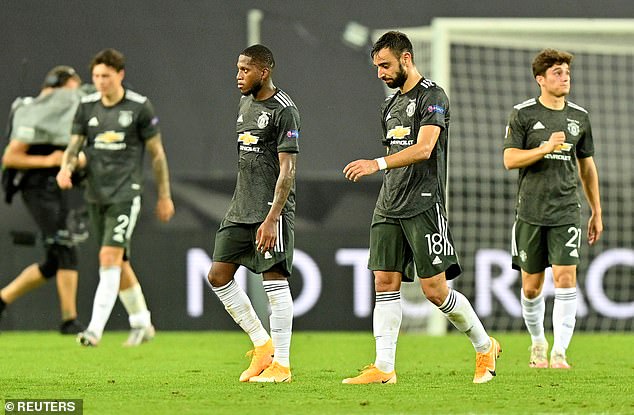 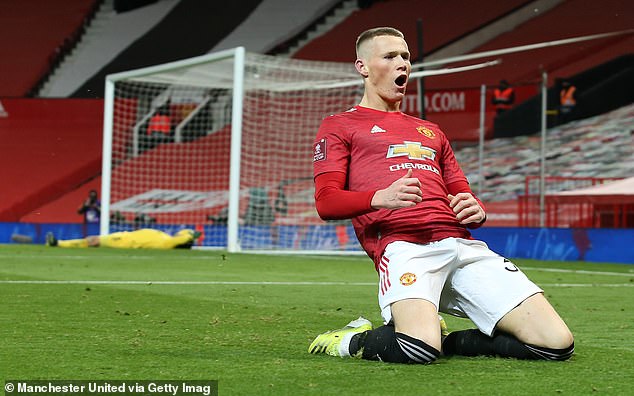 ‘That’s what we did last season. We met somewhere neutral and made it a tournament.

‘Of course, home and away if we keep that going we do have a little advantage and it’s a disadvantage for Sociedad.

‘To have a game in Turin, for me I wouldn’t stand in the way, but there are probably other reasons why we don’t.’