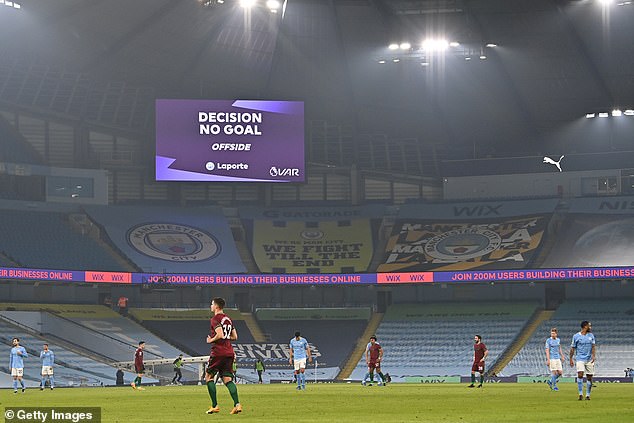 By Matt Hughes And Tom Collomosse For The Daily Mail

Premier League clubs fear their main concerns about VAR may be overlooked after it emerged that their responses to a recent survey were not sent directly to the governing body.

Sportsmail revealed last month that the captains, managers and sporting directors of the 20 clubs had been canvassed after numerous problems and complaints about the technology emerged during the current campaign.

Some clubs have been surprised to learn however that their answers to the survey were initially sent to polling company Ipsos Mori, who collated the responses before forwarding them on to the Premier League’s Business Development Team.

It is not known whether the answers were presented to the Premier League in full and in the exact manner in which they were written, with some clubs fearful that any discussion at the next shareholders’ meeting will be based on a summary of the survey’s findings.

There are also concerns about the transparency of the process, with some clubs sceptical over whether the review will lead to any changes in the way VAR is operated.

Clubs have grown increasingly frustrated at the lack of consistency in the decision-making process, and also the time taken to reach a verdict on the tightest calls, such as marginal offsides and disputed handballs. 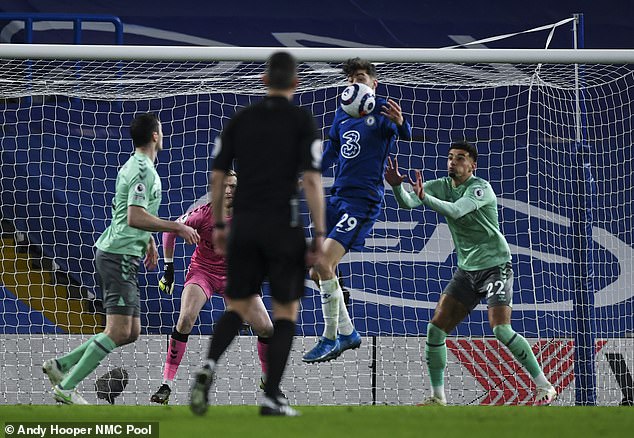 Clubs were asked to look at offside and penalty decisions, handballs (pictured here) and red cards and answer if VAR should have intervened and if the right decision was reached

In the survey, clubs were asked to look at offside and penalty decisions, handballs and red cards. It is understood they were sent a series of clips of incidents since VAR was introduced at the start of last season.

They were asked to watch each clip, then presented with yes/no questions about whether VAR should have intervened, and whether the right decision was reached. Club representatives were then invited to explain briefly their answers.

At the end of the questionnaire, they were given the opportunity to say how they thought the system could be made better. While the power to change the laws belongs to IFAB, the Premier League are keen to canvass opinion across their competition following a number of difficulties this season and last. 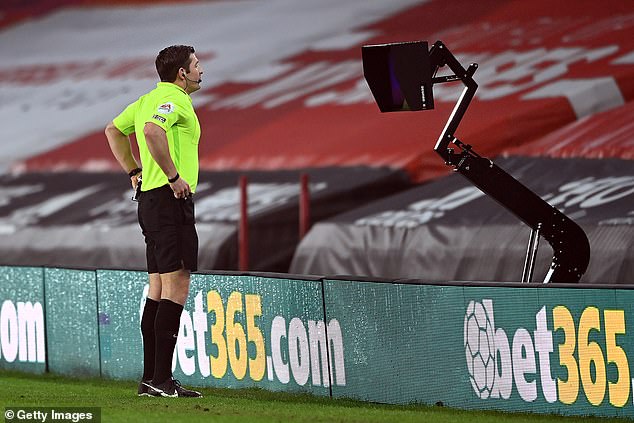