Sportnews
Home Europa League Slavia Prague insist they will respect any outcome of investigation into racist... 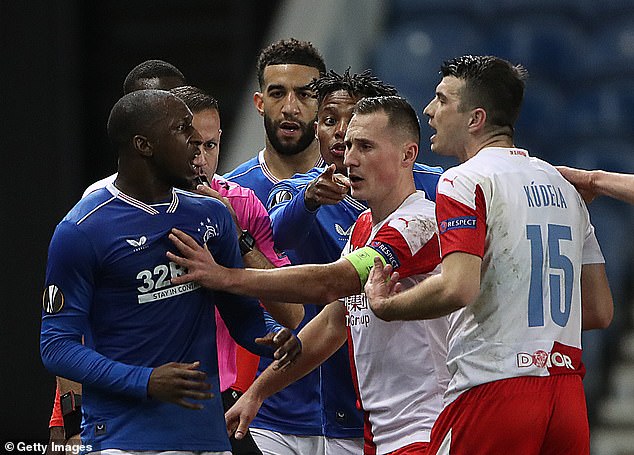 Slavia Prague have vowed to respect the outcome of investigations into their controversial clash with Rangers – and take action if necessary.

The Czech league leaders have denied racism accusations against their player, Ondrej Kudela, and accused his alleged victim, Gers midfielder Glen Kamara, of punching his opponent after the Europa League game on Thursday.

Kamara claimed Kudela’s version of on-pitch events was a ‘complete and utter lie’ and added that Gers team-mate Bongani Zungu had heard what was said.

A statement published on Slavia’s Twitter account read: ‘Everything that happened in Glasgow is now being examined by UEFA and – on our initiative – by Scottish police.

‘We believe everything will be investigated and we will respect the decision. If the outcome warrants it, we will act.

‘We hope that the situation will not escalate further and we will know the outcome of the investigation soon.

‘We appeal to our fans to restrain from any inappropriate statements, and we believe that Rangers FC will do the same. It is the only possible way.

‘There will be no further comment from the club as we do not consider appropriate to engage in the exchange of views on social media where – among our other things – death threats to our supporters were published.’

Slavia chairman Jaroslav Tvrdik declared himself ‘extremely ashamed’ by a photo of an ‘absolutely disgusting, embarrassing, racist’ banner aimed towards Kamara by a group of fans over the weekend.

Slavia announced they had instigated a criminal complaint against Kamara on Friday and gave more details in a statement issued on Sunday.

The club stated they had sent the document to the Czech Embassy in London and were in contact with police in Glasgow, adding that a teleconference would be held between officers and their lawyers. 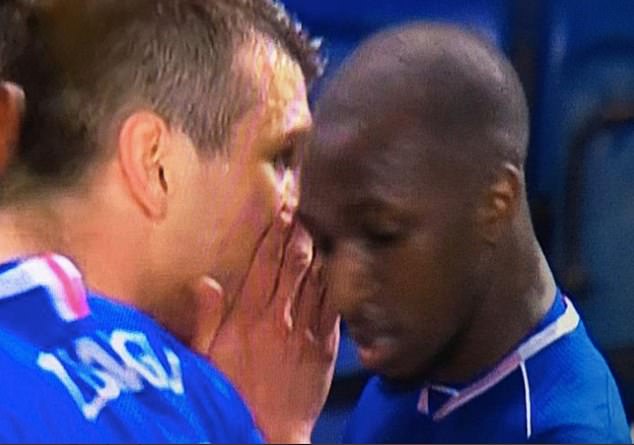 ‘Slavia is currently making a record of all statements by the players and members of staff and will complete the complaint in the following days,’ they added.

‘The complaint will be complemented by other relevant facts in cooperation with a law firm hired in Scotland. It is in our interest to thoroughly examine the events and to find justice.’

Slavia won 2-0 at Ibrox to set up a quarter-final meeting with Arsenal.

Celtic and Rangers players both stood in solidarity with Kamara before their derby clash on Sunday.

Police Scotland later said they were investigating a number of complaints received over online racist abuse aimed at Rangers striker Alfredo Morelos, who scored in the 1-1 draw. 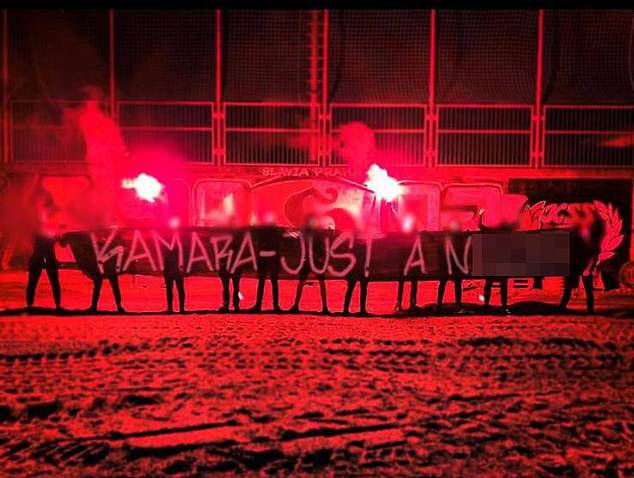