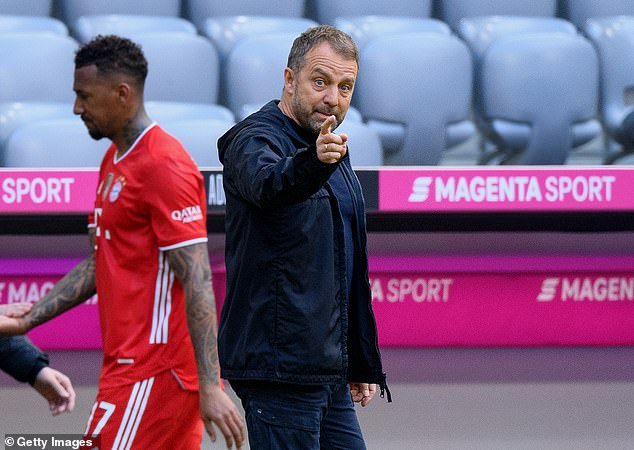 Stefan Effenberg has hit out at Lothar Matthaus for circulating talk that Julian Nagelsmann will take over from Hansi Flick at Bayern Munich.

There are huge doubts over the future of Flick, who guided Bayern to Champions League glory last term, beyond this season and he is the front-runner to replace Joachim Low as Germany manager.

And talk of Nagelsmann succeeding Flick was recently fuelled by Germany legend Lothar Matthaus, who revealed that the RB Leipzig boss is favourite to take over at the Allianz Arena. 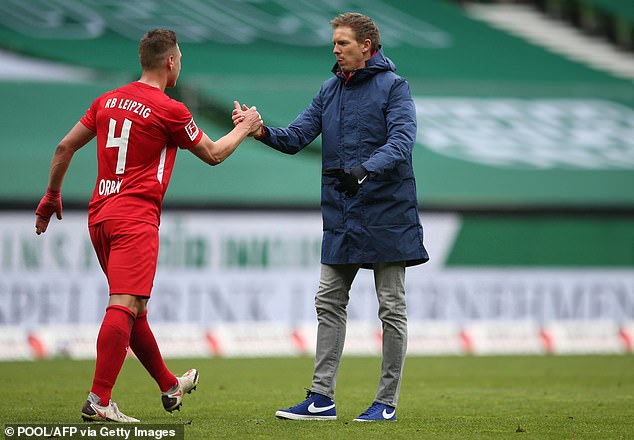 But Effenberg certainly isn’t happy with his former Bayern team-mate for igniting the ‘inappropriate’ speculation, which Nagelsmann himself had to immediately quash.

‘A few experts get information from their favorite partners and give it to the public, Effenberg told Sport1.

‘From the outside, speculation is ignited that is so far away that I can only shake my head. That is not appropriate.’

He then added: ‘When Julian Nagelsmann says that nobody has spoken to him or his advisor, neither in the past nor currently, then I believe Nagelsmann 100 per cent.

‘That was a clear answer from him. The job of some who move on television is apparently to ignite and ignite this speculation. This is very deep boulevard (sic).’

Effenberg then sided with current boss Flick, claiming modern day coaches are already under ‘so much pressure’ that they don’t need the added stress of rumours surrounding their job. 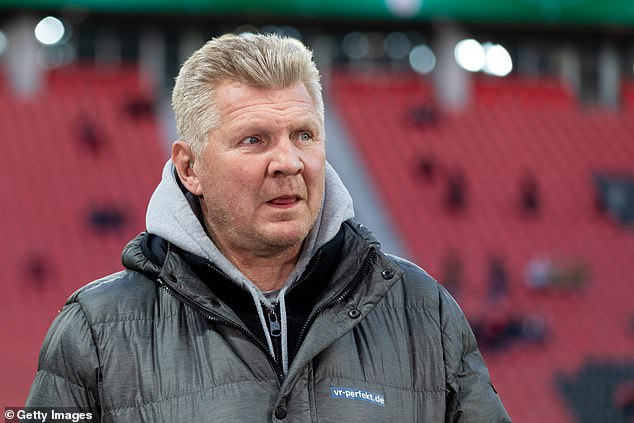 Stefan Effenberg labelled the ‘speculation’ regarding Nagelsmann and Flick as ‘inappropriate’

‘The coaches are put under so much pressure that it is no longer okay,’ Effenberg added. ‘That has nothing to do with proper journalism.

‘We can always have controversial discussions, but you don’t throw something into the room that someone else does. If I have heard something or have a conversation with someone who gives me information, then I will still not pass it on. Because that person has to trust me. ‘

‘I’m convinced that Hansi Flick will not still be Bayern coach next season,’ Matthaus said. ‘The DFB wants Hansi Flick as a long-term solution and has made him an offer.

‘Bayern, on the other hand, have shown interest in Julian Nagelsmann. The [final] Bundesliga game [of the season] against Augsburg will be Flick’s last match as Bayern coach.’

However, Nagelsmann quickly dismissed those claims, insisting that he is happy at Leipzig and that he nor his representatives have held talks with the Bundesliga leaders. 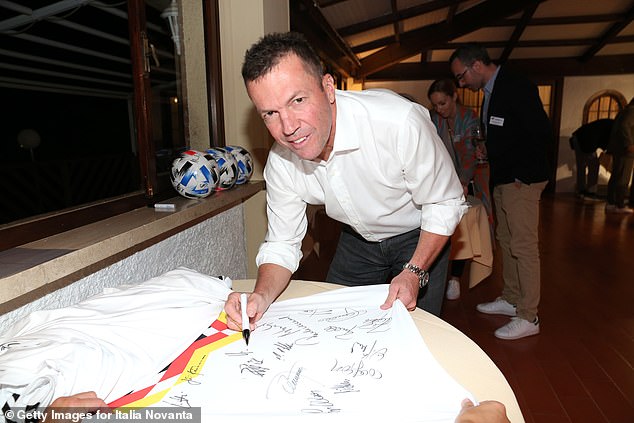 ‘There were and are no talks with FC Bayern,’ the 33-year-old said in a press conference on Wednesday. ‘I have no idea where Lothar got this information from. This of course also applies to my agents, there were no talks either.

‘I didn’t speak to the club because there won’t be anything to speak about. I still have a contract with RB until 2023.’

And Leipzig will do everything they can to keep hold of their coach, one of the most exciting managers in the game at the moment after taking the club to the Champions League knockout stages while pushing Bayern all the way in Bundesliga.

Leipzig would only part ways with Nagelsmann if they were to get a substantial compensation package.

Sport1 recently reported that the club would be looking for a fee in the region of €15m to €20m to allow clubs the chance to talk to Nagelsmann.

Pep Guardiola got it badly wrong in Porto and paid price...