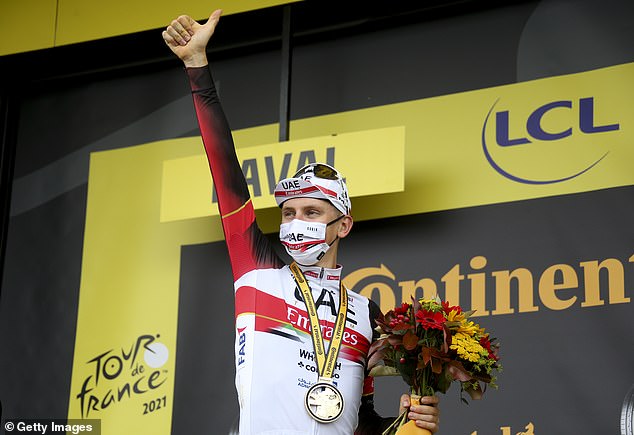 By David Kent for the Daily Mail

Tadej Pogacar moved into pole position in the Tour de France with victory in the stage five time trial, while Geraint Thomas and Primoz Roglic battled through the pain barrier to limit time losses.

Pogacar, who dramatically rode into yellow in the stage 20 time trial last September, could not quite repeat the feat as Mathieu van der Poel put in the time trial of his life to retain the leader’s jersey by eight seconds.

But Pogacar’s victory on the day — 19 seconds ahead of European time trial champion Stefan Kung — was a major statement less than a week into his title defence. 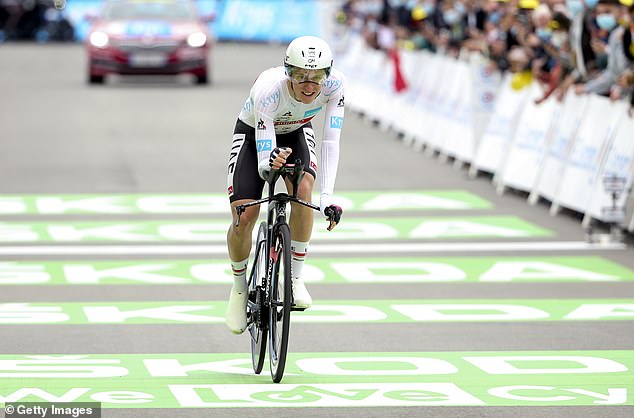 The UAE Team Emirates rider completed the rolling 27km course in a time of 32 minutes flat, with the main favourites grateful that early rain had cleared by the time they started.

Having been one of the few contenders to have avoided trouble during a bruising few days in Brittany, the Slovenian looks in a strong position.

Roglic, heavily bandaged from his stage three crash, also looked good as he clocked the seventh fastest time of the day — though he is 1min 40sec down on Pogacar. 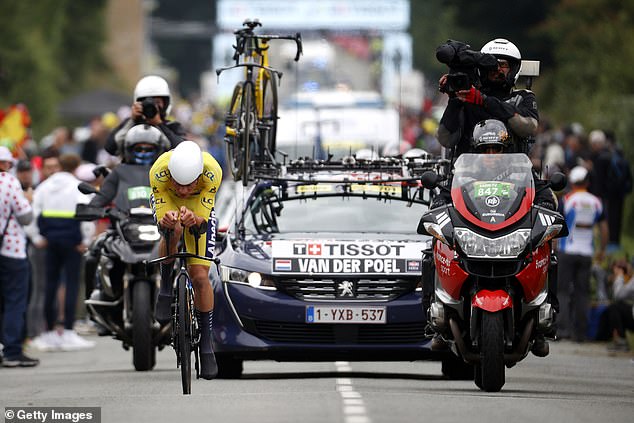 Welshman Thomas, who dislocated a shoulder on Monday, finished 16th on the day, conceding 78 seconds to Pogacar but moving up six places to 12th overall.

‘I didn’t feel 100 per cent but I don’t want to bang on about that. I tried to do what I could and it wasn’t enough, really.’ 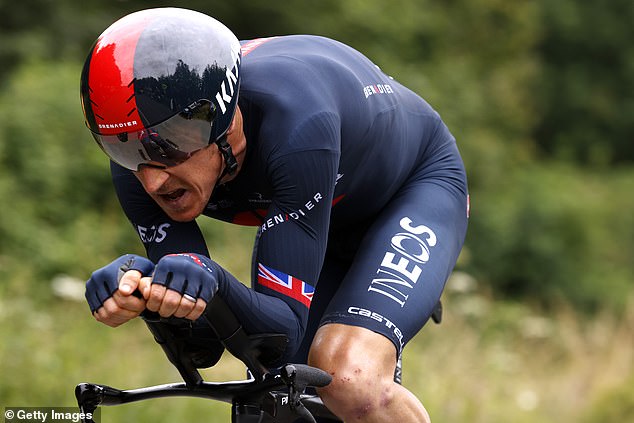