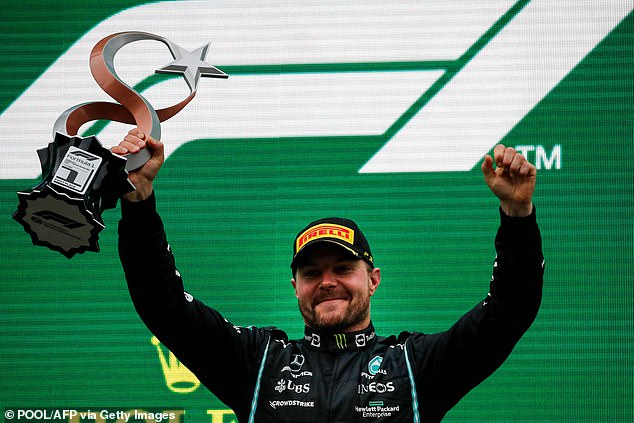 Lewis Hamilton lost the world championship lead after his Mercedes team acted like Nervous Nellies by calling him into the pits for a pointless stop.

He turned the air blue. He then went silent on them. They made excuses. And Max Verstappen, who finished second, now leads this juicy title fight by six points.

The calamitous decision, with all its possible implications in determining who winds up wearing the crown, came eight laps from the conclusion of a slow-burning, drizzle-sprayed Turkish Grand Prix won by Valtteri Bottas. 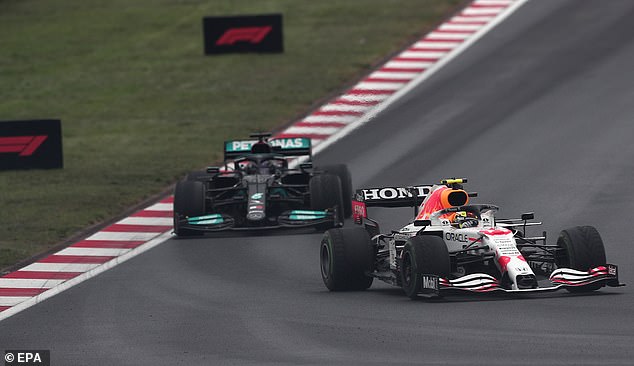 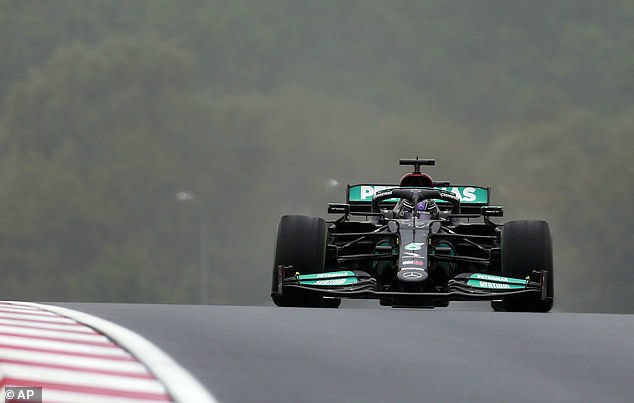 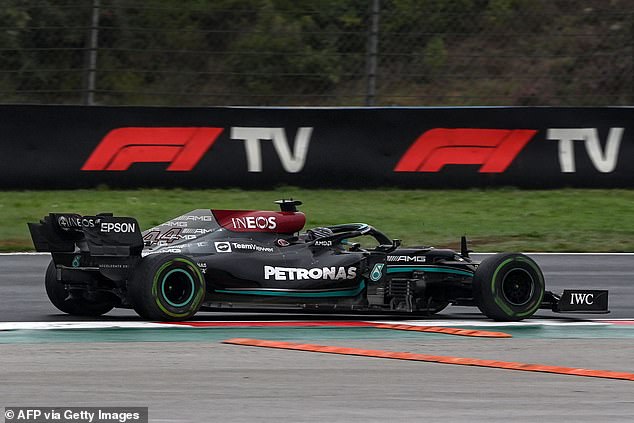 However, his new tyres weren’t giving him the required speed as his podium chances ended 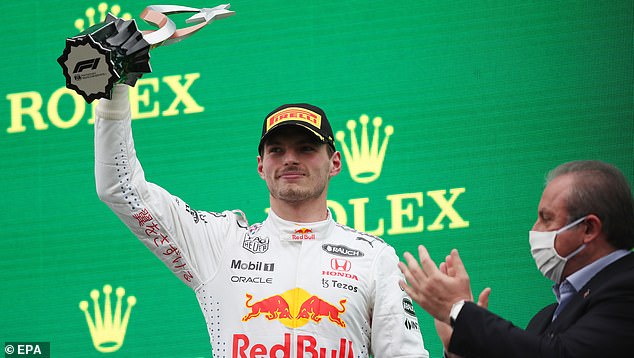 At this juncture, the world champion was lying third, having driven up from the 11th place where his engine change had condemned him to start. Nobody was close behind. His closest challenger, Charles Leclerc, was 11 seconds back; the next, Sergio Perez, a further two adrift.

Hamilton’s lap times, fluctuating slightly, showed absolutely no sign of haemorrhaging the margins so badly that he would have been caught. 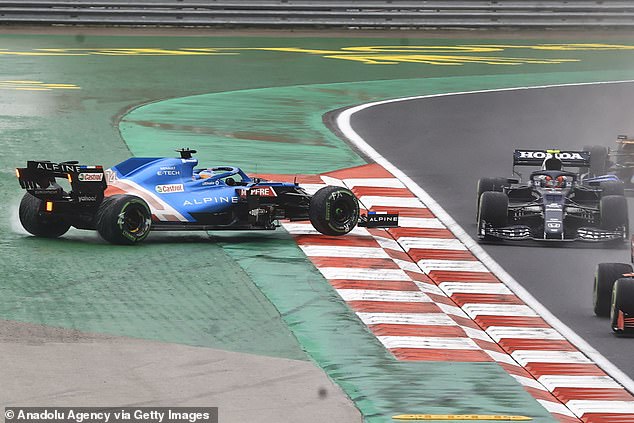 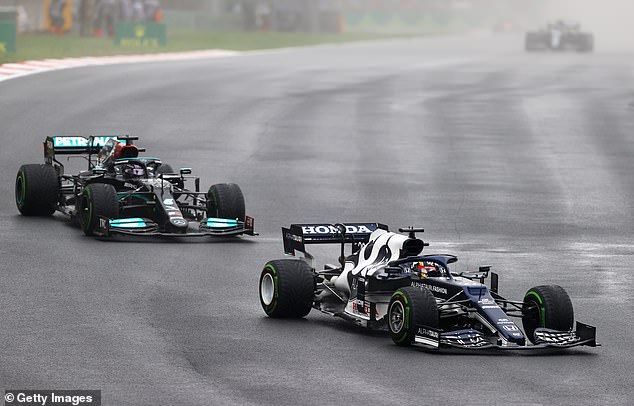 So there he was trying — pleading, indeed — to go to the end on his then one and only set of intermediate tyres.

He, the grand master of tyre preservation, felt in his gut that he could make it all the way on a track drying slowly owing to high humidity.

But Mercedes, who had tried to call him in eight laps earlier, only to be told by their star driver it was the wrong move, wobbled like jelly. They belatedly told him to box, which was neither one thing nor another. He came out in fifth place, Perez of Red Bull and Leclerc of Ferrari, who swapped places, waved through like the Queen at the gates of Buck House.

This is how it went on Radio Gaga when his race engineer Peter Bonnington told him what had happened: ‘Gasly is three seconds behind.’ The Frenchman had been 23sec adrift before the stop. 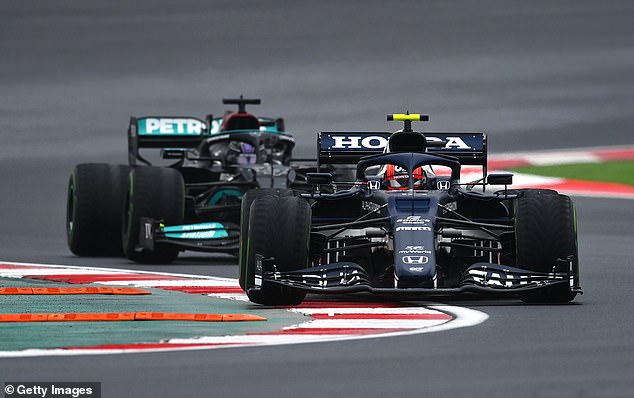 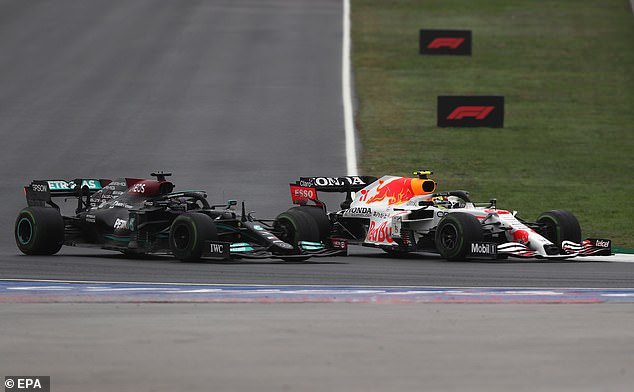 Bonnington: ‘It looked like we were going to lose position anyway.’ No they weren’t!

Hamilton, his anger rising, said: ‘What position am I in, man?’

Bonnington, like a father telling a child the family Lab has been run over, ‘Currently P5.’ Hamilton: ‘We shouldn’t have come in, man. We have got massive graining (on the new tyres). I TOLD YOU!’ Bonnington: ‘Copy, Lewis, we were losing time to Perez but we will chat about it later.’

On the in-lap, Bonnington apologised. ‘We will have to chat to you, talk through the call.’ Hamilton’s response? There came not a word.

He took his time before arriving in the media pen. His face was stern but he was polite enough to wave to fans on the balcony shouting support.

Over to Toto Wolff, who only a fortnight before had bouquets justly thrown at his feet after Mercedes rebooted Hamilton at precisely the right moment as rain fell in Russia and won that dramatic race. 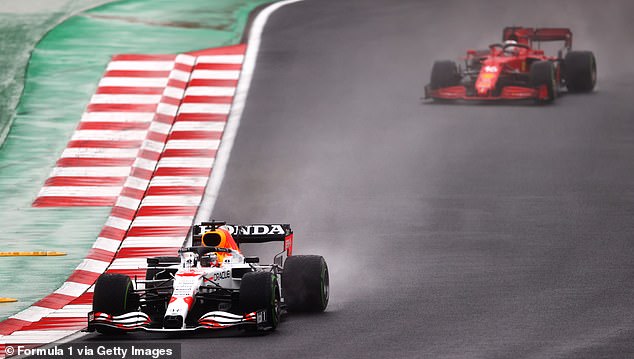 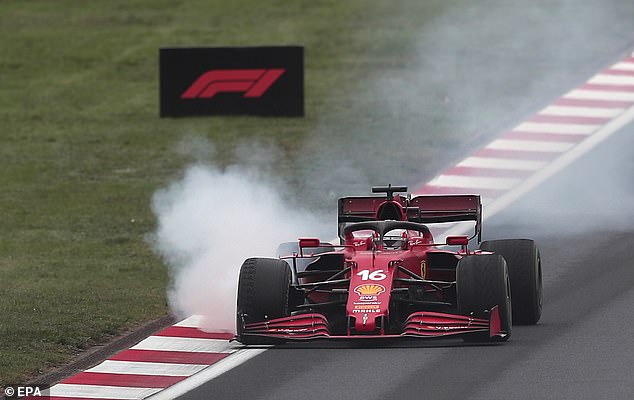 He admitted to a mistake, but the wrong one, in my view: not for bringing Hamilton in at all but for doing so too late.

Either decisive call would have been an improvement on indecision. He claimed, incredibly, that had Hamilton stayed out he may have been passed by Gasly and so finished sixth.

‘In hindsight, I would have pitted 10 laps earlier and fought it out on track and finished third or fourth,’ said Wolff.

‘The whole season spins back and forth. We make mistakes together, we win together. We have had much bigger points swings in the past with lost opportunities and this one today was a very close call. We decided one way and it went wrong.

‘It is going to be very tight until the end. DNFs are going to make a big difference and that was a consideration today — not three or four or five-point swings.’

The fear of the tyre blowing must have been a real nag, yes, but the only man not to take on a second set of rubber, Alpine’s Esteban Ocon, made it to the chequered flag. And he did that while holding off the hot-pursuing Aston Martin of Lance Stroll for several laps before finally succumbing. He lost one place and had nothing like the distance between himself and the next car that Hamilton enjoyed when the fateful instruction was issued. 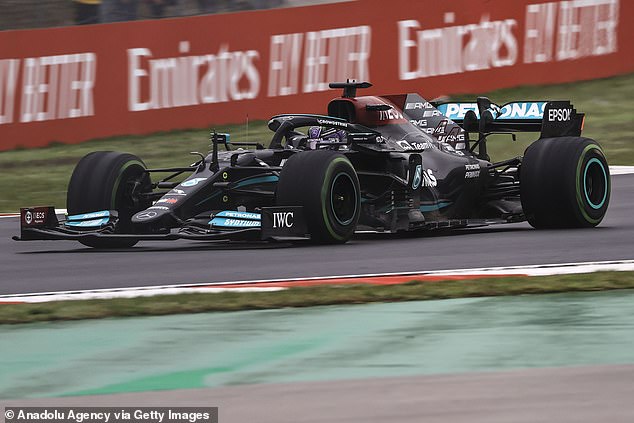 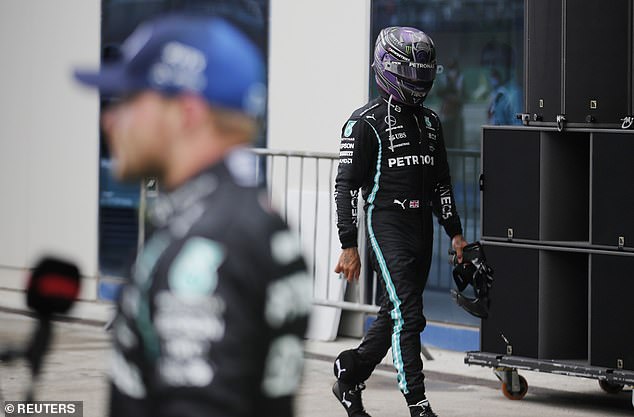 However, the move proved fatal on a day when team-mate Bottas claimed his first win of 2021

The downside in championship terms is that, if Hamilton had held on to third place, he would have been trailing Verstappen by just one point, having started the day two in front.

But all is not lost with six races remaining — the next on one of his strongest tracks in Austin, Texas, a week on Sunday. The Mercedes is also now the quickest car out there. The champion put that to good use in charging through the field, most notably overtaking AlphaTauri’s Yuki Tsunoda on the outside of Turn Three with skill and bravery.

A word, at last, about Bottas. He drove very well from pole. No mistakes. Total command.

Runner-up Verstappen, a place ahead of team-mate Perez, was solid but could not ever get close to the winner, a barometer of Mercedes’ speed that permits Lewis to fight another day.

Max Verstappen says rivalry with Lewis Hamilton is ‘not all that...

Max Verstappen says rivalry with Lewis Hamilton is ‘not all that...