Sportnews
Home Serie A Christian Eriksen ‘targets a return to football next year as he undergoesÂ rehab... 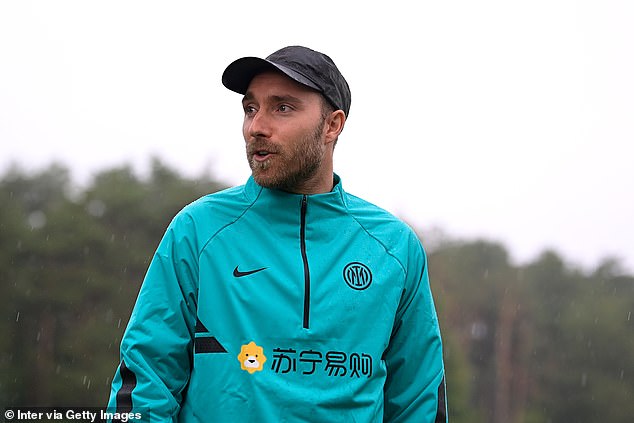 Christian Eriksen is reportedly stepping up his efforts to return to football in 2022 after his cardiac arrest in the summer, but it appears increasingly unlikely he will return in Italy.Â

Eriksen is still on the books at Inter Milan but according to Italian publication Gazzetta della Sport, the fact he has been working in Denmark, rather than Italy, on a rehab programme with a specialist is an indication he will not come back in Serie A.

Rules in Italy state that people with a defibrillator like Eriksen has are not allowed to play contact sport. But the 29-year-old could theoretically continue his career in another country, with different rules. 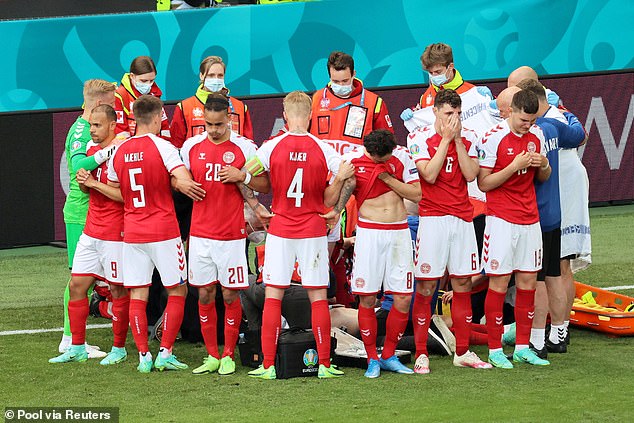 Eriksen had a cardiac arrest in June, playing for Denmark against Finland at Euro 2020 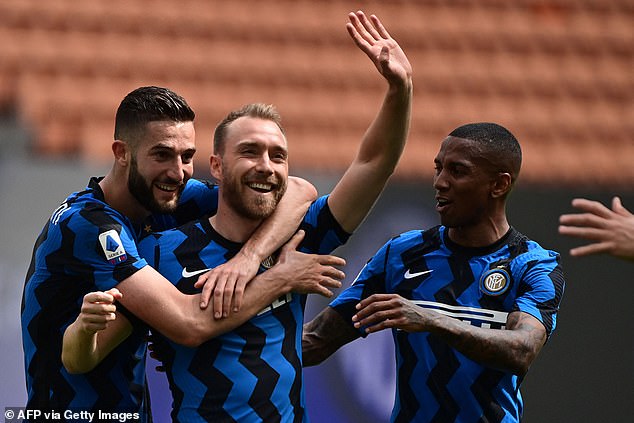 Eriksen was fitted with a defibrillator, meaning it is unlikely he can play for Inter Milan again

Ajax defender Daley Blind, for example, was also fitted with an ICD after being diagnosed with heart muscle inflammation, but has continued playing for the Eredivisie champions, as well as internationally for Holland.Â

It is claimed that Inter and Eriksen have a good relationship and the Italian club are determined to find the best solution for both parties. Gazzetta says Eriksen’s former club Ajax, or Danish side Odense, could offer the playmaker a contract.Â

The report on Friday adds that Eriksen has been monitored and tested closely in the ensuing five months since his cardiac arrest as the results have not provided any news to cause alarm.

It adds that if things continue on such a positive trajectory, Eriksen can increase his workload in 2022 with an aim of returning to football next year.

Eriksen collapsed in the first half of Denmark’s Euro 2020 match against Finland in June and received life-saving treatment on the pitch of theÂ Parken stadium in Copenhagen.

Denmark players surrounded Eriksen so that he couldn’t be seen while he was resuscitated on the pitch. 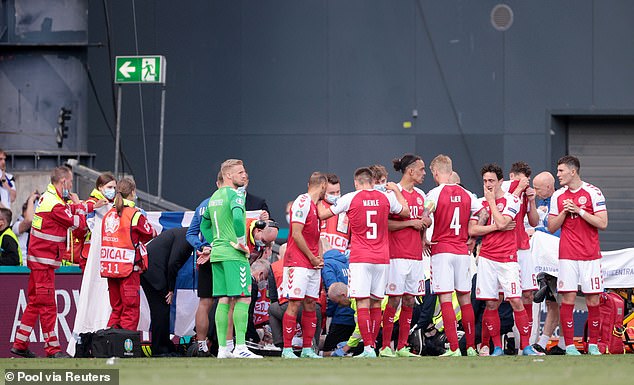 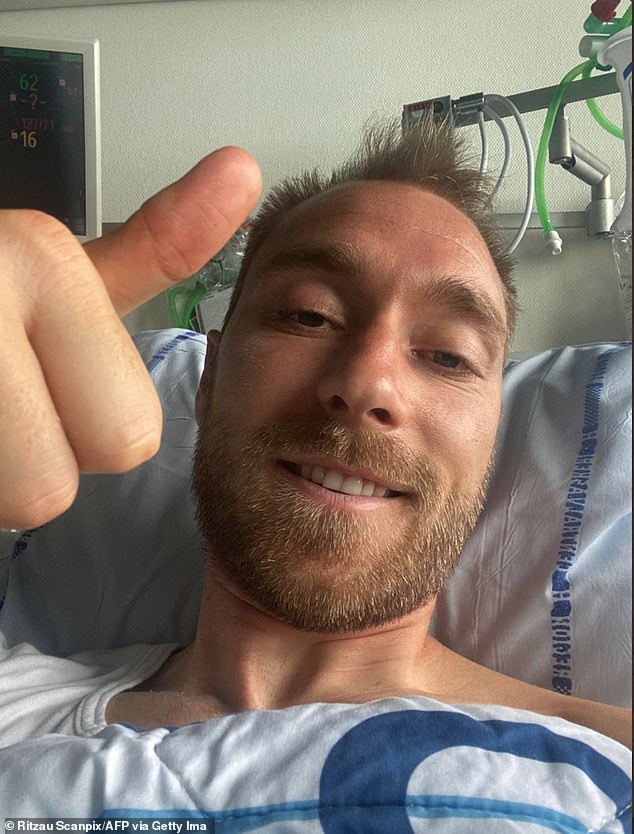 Eriksen, 29, was in hospital receiving treatment for six days before being releasedÂ

Captain Simon Kjaer, who comforted Eriksen’s partner Sabrina, and English referee Anthony Taylor were praised for their swift and empathetic response to the tragic events.

The match was postponed just after 6pm that evening and Eriksen was seen sitting upright whilst being taken off on a stretcher with an oxygen mask on his mouth just minutes later.

He was admitted to hospital before the Danish FA confirmed that he was awake and conscious, while his agent Michael Schoots revealed later that evening that he was able to speak and talk whilst receiving more checks.

The Denmark players then decided to finish off the match after hearing the news of Eriksen’s recovery.

They lost 1-0 to Finland but ended up reaching the semi-finals of the tournament before being defeated by England at Wembley.

Eriksen was released from hospital following six days of treatment, which included him being fitted with an ICD (implantable cardioverter defibrillator). 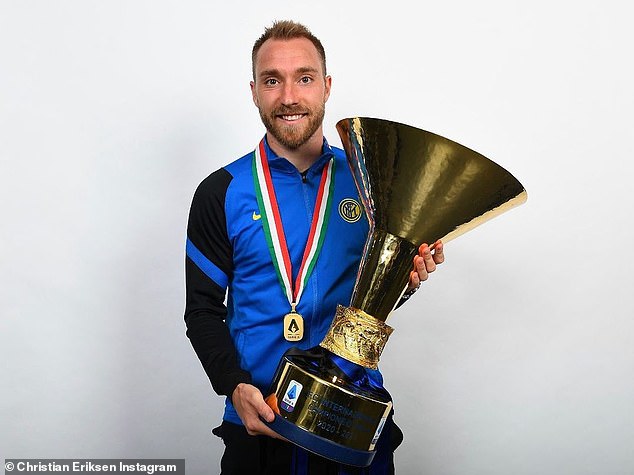 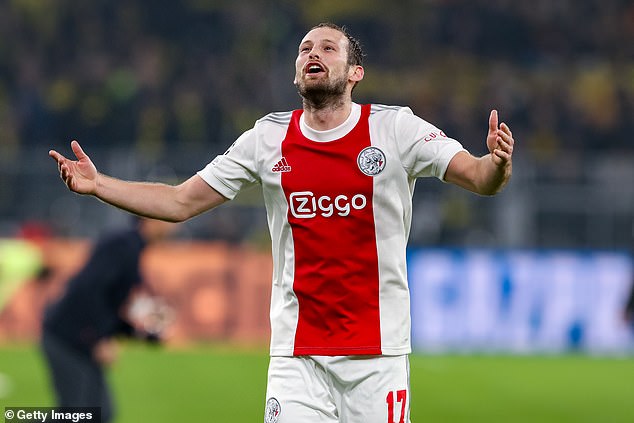 The ICD is connected to the heart by wires and sends an electrical pulse in order to correct irregular rhythms.

The Danish midfielder has played 60 times for Inter Milan since joining the club from Tottenham Hotspur 18 months ago. The 29-year-old helped the Italian side win their first Serie A title in 11 years last season.

During his time playing in England, Eriksen turned out over 300 times for Spurs in a six-and-a-half year spell in north London.Â

Anthony van Loo, Roeselare:Â The Belgian defender was allowed to continue his career after being fitted with a defibrillator.Â It shocked his heart back into a normal rhythm after suffering cardiac arrhythmia during a match. He retired in 2018, aged 30, as he felt he could not return to his old performance levels.Â

He retired five months later without having returned to football. He did however play 15 minutes in Ian Goodison’s testimonial matchÂ

Daniel Engelbrecht, Stuttgarter Kickers: The striker collapsed on the pitch against Erfurt but returned to the professional game aged 24 after 17 months, against numerous doctors’ advice.Â

He scored against Wehen Wiesbaden, becoming the first footballer to score with a defibrillator. However, he retired in 2018 to move into coaching when he found out the device had brought him back to life three times.Â

Daley Blind, Ajax and Holland:Â Blind was fitted with a pacemaker after complaining of dizziness in a Champions League match against Valencia in December 2019.

He subsequently collapsed in a friendly against Hertha Berlin in August 2020 but has generally enjoyed a safe return to top-level football.Â

Christian Eriksen, Inter Milan and Denmark: Eriksen collapsed on the pitch at Euro 2020 earlier this summer. Although he has recovered, strict Serie A rules mean he cannot play in Italy and current club Inter Milan must sell him.

He may choose to continue his professional career elsewhere, or retire.Â