West Ham manager David Moyes has condemned the anti-Semitic chanting directed towards a passenger on a Ryanair flight to Genk, insisting this minority of ignorant fans do not represent the club.

Footage was circulated on social media showing a group of supporters, who were flying to Belgium for their side’s Europa League game, singing an offensive song as a Jewish man walked down the aisle to take his seat. It also referenced rivals Tottenham.

West Ham said they were ‘appalled’ by the video, which tarnished a night in which they secured early qualification for the knockout stages with a 2-2 draw. 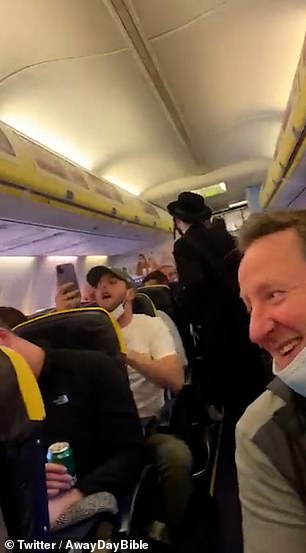 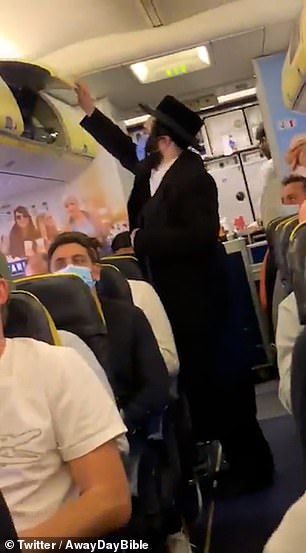 As a man dressed in religious clothing makes his way down the aisle, a small crowd of passengers can be heard singing vile songs about Jewish men’s penises

The club are in contact with the airline and relevant authorities in a bid to identify the culprits, who will receive indefinite bans.

Moyes, speaking ahead of the visit of Liverpool to the London Stadium on Sunday, said: ‘First and foremost, I do not see our football club being like that. 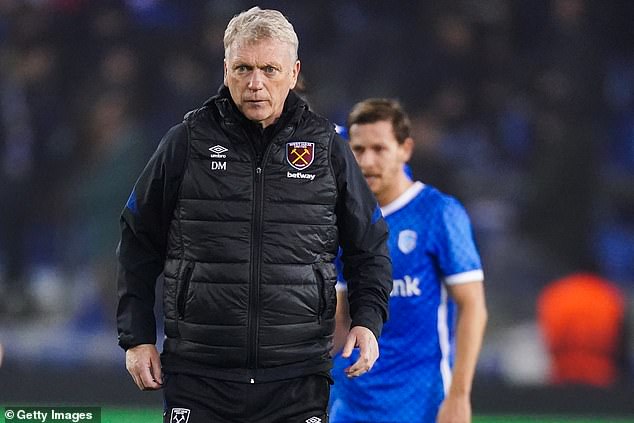 Moyes supports the issuing of bans for these individuals, and said: ‘I want this football club to be recognised for being a really good footballing team.

‘I want it to be recognised for being a big club in London and well respected. To have that you have to have supporters who follow your team home and away which we have.

‘We have incredible support at West Ham but we do not want any labels connected to us whatsoever regarding discrimination, racism, none of that at all.’