Sportnews
Home Nations League Gareth Bale is set to hit 100 caps for Wales in their... 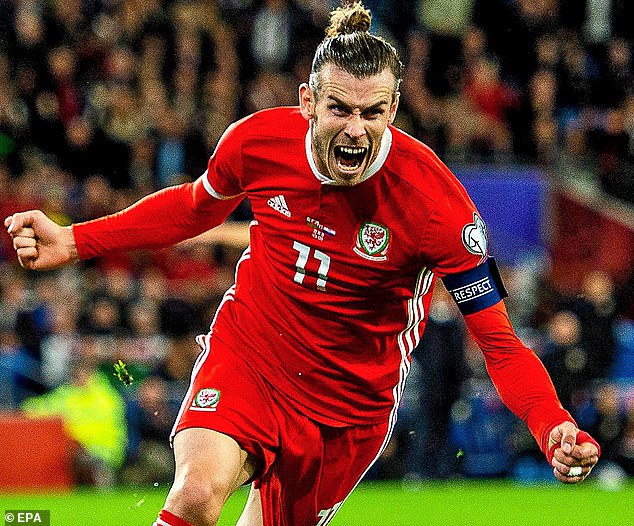 Gareth Bale is set to win his 100th cap for Wales on Saturday but he could easily have been involved in centuries of a different kind.

The Real Madrid star will become only the second Wales player to reach the milestone after Chris Gunter did so in March. Bale has recovered from a hamstring injury to join the squad for Saturday’s World Cup qualifier against Belarus in Cardiff.

Now 32, Bale is one of his country’s greatest sportsmen and surely British football’s finest export since fellow Welshman John Charles, after winning four Champions League titles with Madrid as well as six other major trophies.

Yet before he had even made his international debut, Bale was showing promise in a different arena, with a red ball in his hand.

‘He had played junior cricket for Whitchurch-Heath CC and I captained him in a game for the first XI when he was 14 or 15 and already on the books at Southampton,’ recalls Dave Brooks, who was also chief executive of Sussex. ‘He batted at No 7 or 8 and bowled five or six overs of useful medium pace, swinging the ball away from the right-hander.

‘I had to ask his dad’s permission if I could bowl him for an extra over as there were restrictions on age at the time.

‘He was the classic sporting teen who was good enough to turn his hand to anything. There was no ego about him. He paid his match fee, did what he was asked and spent most of the time with his dad. Nobody would have known he was a sporting prodigy.’

Yet Bale was just a year or two away from making his senior debut for his country, in a friendly against Trinidad & Tobago on May 27, 2006, when he was 16 years and 315 days. He had played just two games for Southampton by then but boss John Toshack was persuaded to throw him in, and Bale did not disappoint. 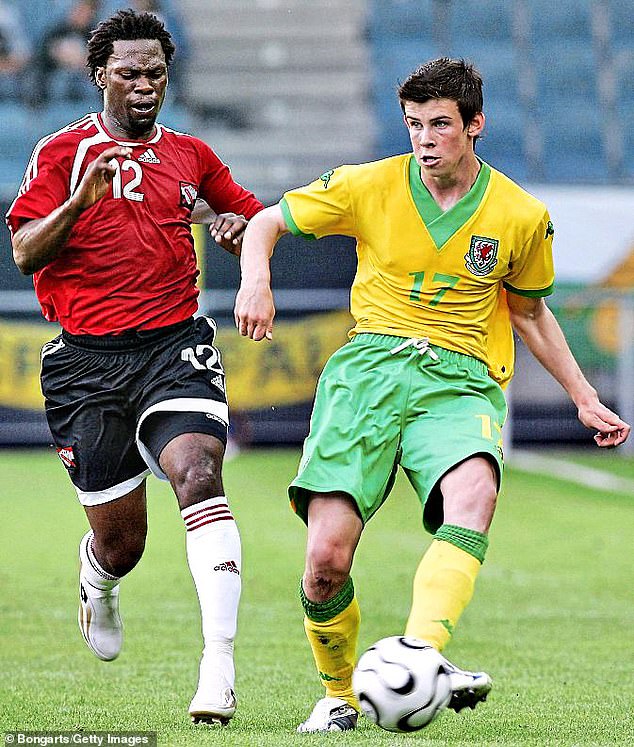 Bale came on as a second-half substitute in Graz, Austria, and created the winning goal for Robert Earnshaw.

‘The first impression was “Who’s this skinny kid?” ’ remembers Earnshaw, who scored both goals on Bale’s debut and managed 16 in 59 matches for Wales. ‘We’d never heard of him.

‘When a youngster comes into the squad, we’ll support him, but we also want to see what he can do. He had a high level of confidence and after the first few touches, you could see his talent, how smooth he was with the ball.

‘He could go 1 v 1, even 1 v 2. In that game it was trademark Gareth Bale — going down the left, past a couple of people and pulling one back to me.

‘Even at that age, he could see me making the movement in the box and then find me. He can do things of amazing quality at maximum speed — the hardest things to do at the top level.’ 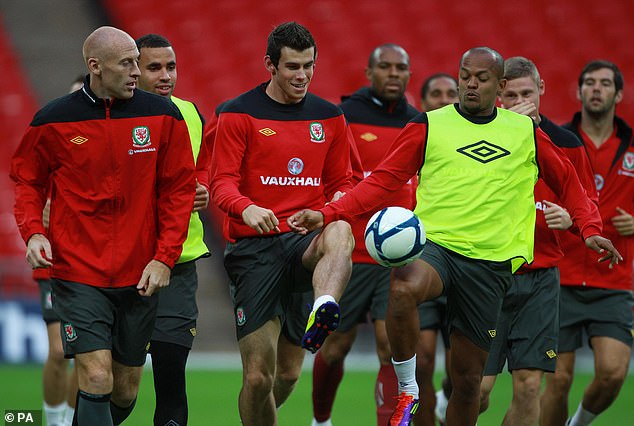 The qualities Earnshaw recognised quickly propelled Bale along the path to stardom. At 17, he left Southampton for Tottenham for £10million. Though it was a difficult start at White Hart Lane, especially during the chaotic reign of Juande Ramos, Bale’s talent eventually shone through.

Under Harry Redknapp’s clever management, Bale enjoyed a breakout season in the Champions League in 2010-11 and, coached by Andre Villas-Boas, he was the best player in the Premier League in 2012-13. Real Madrid were convinced and paid a then world-record £86million for him.

Yet as his global profile grew, Bale valued Wales ever more. His peak with the national team remains Euro 2016, when his inspirational performances helped them reach the semi-finals.

‘During international camps it’s hard to see what players are about in training, because you have games and then recovery days,’ explains Joe Ledley, who won 77 caps. ‘But at tournaments it’s different. 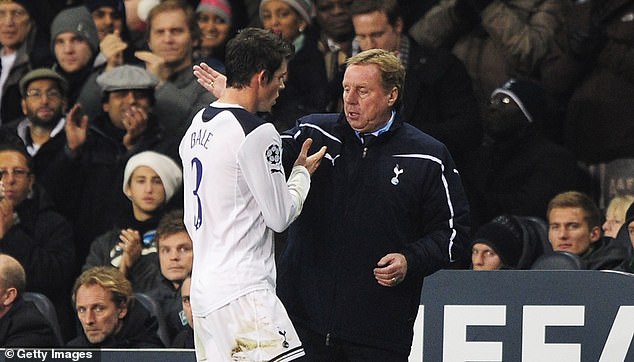 ‘In 2016 it was amazing to see in training how good Gareth was. Some of the things he could do were frightening. You could see he was at a completely different level to the rest of us. But even though he’d won two Champions Leagues, he was still a normal guy. There were no flashy cars or watches, nothing related to money. I think he had the same Range Rover for about eight years – so he’s probably the tightest guy ever!’

Though the Bale of 2021 is not the same as the 2012-16 version, he is still Wales’ most potent attacking threat. A hat-trick against Belarus in Kazan earlier this year proved Bale can still deliver on this stage and he will be relishing Tuesday’s test against Belgium, whose players he has battled with across many years at the top of the club game.

Jonathan Barnett, chairman of the powerful ICM Stellar Sports agency, was instrumental in brokering Bale’s move to Madrid and has been at his side throughout the journey.

‘He has never changed and that is a credit both to him and his family,’ Barnett tells Sportsmail.

‘I would be surprised if we see him play in English club football again but the World Cup is a target for him. I doubt Wales can win the World Cup but I hope desperately that he gets the chance to play in it.’ Another boundary for the centurion to cross.