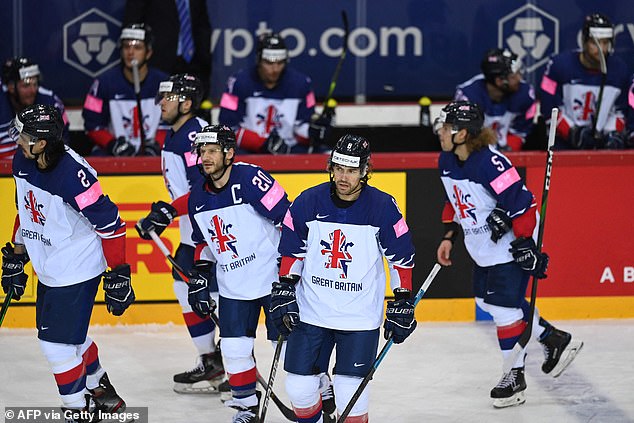 By Paul Newman for MailOnline

Great Britain began to run out of steam in their demanding World Championships campaign on Saturday when they were defeated 6-1 by a fast and skilful Czech Republic.

Just 17 hours after they lost 4-1 to Sweden GB were back in action in the early game of the Saturday schedule and they struggled to cope with another opponent packed with players from the best leagues in the world game.

The Czechs were simply too good for Britain and proved perhaps their toughest opponents so far in this elite competition, with fatigue clearly also a factor for a GB side who have exceeded all expectations in gaining four points in Riga so far. 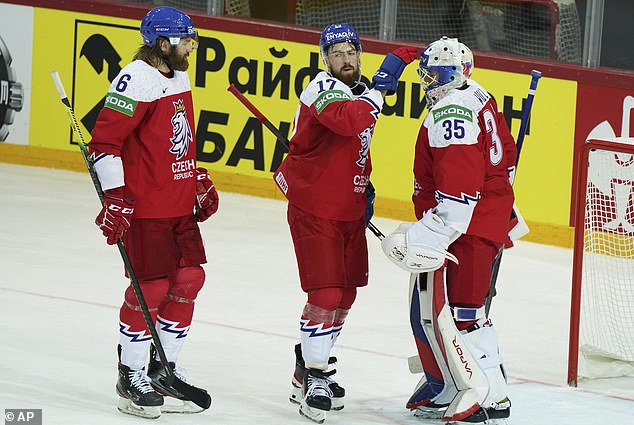 ‘We had a very tough game against Sweden and this was a quick turnaround,’ said GB defenceman Mark Richardson afterwards. ‘But the Czechs are a very good team and they gave us a really hard game.

‘We understand what we’re up against and now we’ll try and get a bit of rest and get back to the standards of the previous games when we were very good.’

GB gave their outstanding netminder Ben Bowns a break after he made 52 saves against the Swedes on Friday but his back-up Jackson Whistle again proved he is a more than capable deputy with a string of impressive stops. 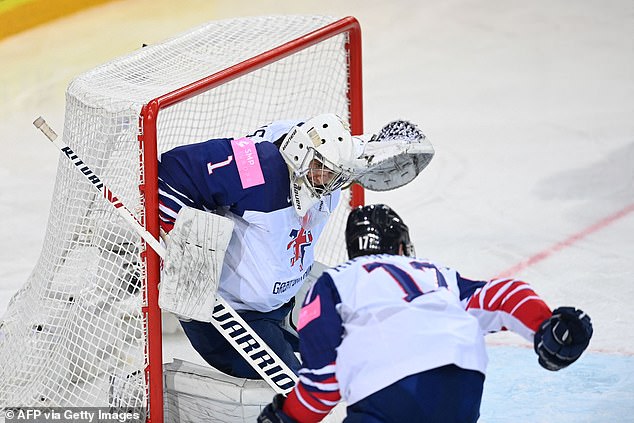 Certainly no blame could be attached to Whistle, who made 29 saves before he was forced to leave the ice through injury with just over 11 minutes of the game left and was replaced by Bowns.

GB competed well in the first period and Whistle made 17 saves in the opening 20 minutes alone, only being beaten by a blistering wrist-shot from Lukas Klok.

And GB had good chances of their own but Liam Kirk, Ollie Betteridge and Mike Hammond were all denied by Czech goalie Roman Will.

But Britain started to tire in this most gruelling of tournaments when the Czechs stepped up a gear and scored three goals in the second period. 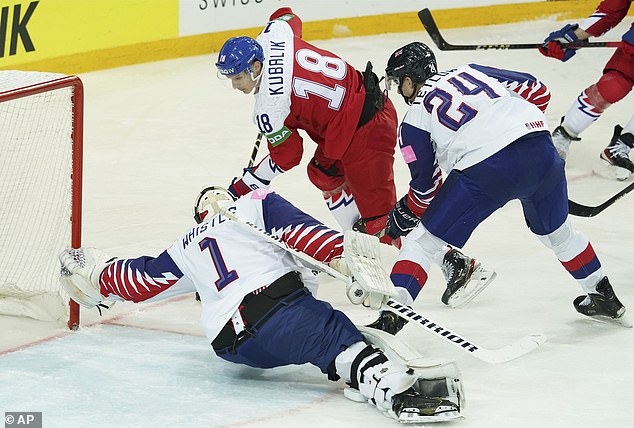 Filip Hronek, one of the Czech NHL players currently with Detroit Redwings, took advantage of a lapse in concentration in the GB defence to make it two and his strike was quickly followed by goals from Libor Sulak and New York Rangers’ Filip Chytil.

Britain struggled to make any sort of attacking impression in the second period until Matthew Myers, in his 101st appearance for his country, kept up their record of scoring in every game in Latvia when he forced the puck home on a rare GB power-play.

Kirk, who has made an excellent impression in this tournament with five goals so far, almost added a spectacular sixth in the third period when he skated the length of the ice and through the Czech defence before being denied by Will.

But the Czechs superiority was emphasised when Radan Lenc fired a fifth goal past Bowns and Sulak added his second of the game. 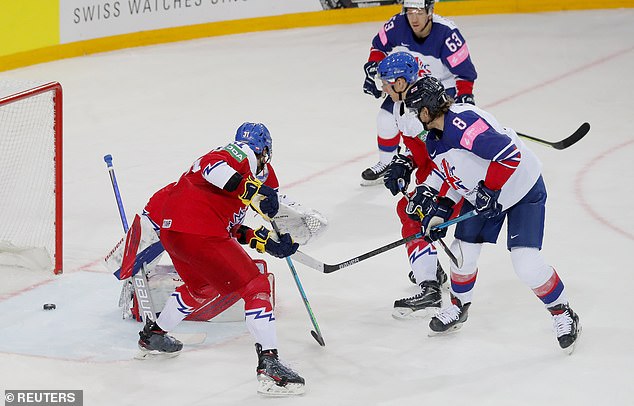 It was a disappointing outcome but GB approach their last game against Switzerland on Tuesday knowing they have shown a significant improvement, with an historic win over Belarus and an overtime defeat by Denmark, on their performance on their return to the elite in Slovakia two years ago.

Kirk in particular has shown he is destined for a future in one of ice hockey’s big leagues while Bowns has also demonstrated he belongs at an elite level and Ben O’Connor is another GB player to enhance his reputation.

And that has been despite minimal preparation for this tournament and in the absence of their coach Pete Russell, who did not travel to Latvia for personal reasons.

Significantly, GB are showing they can compete at the highest level of the game.

Ice Hockey: GB hold out for one of their biggest wins ever as they edge through against Belarus