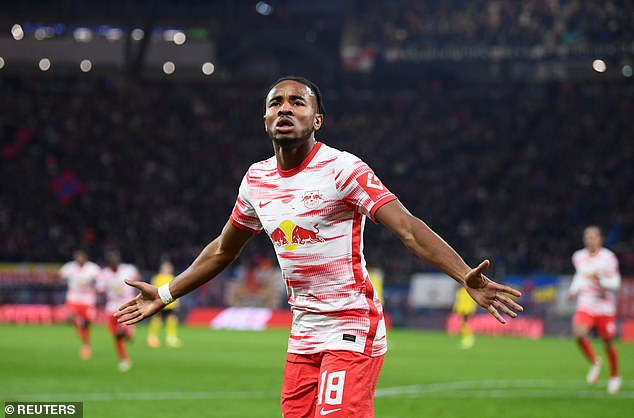 Man City ‘make enquiry to RB Leipzig about striker Christopher Nkunku’ as the race for the in-form star heats up among Europe’s top clubs, with Real Madrid, Juventus and PSG all keen

The French striker has been in eye-catching form for the Bundesliga outfit this season, scoring 11 goals in 17 appearances across all competitions.

That included a hat-trick at the Etihad back in September, where his impressive finishing was on show during Leipzig’s 6-3 defeat.

And the first-hand look at Nkunku’s abilities appears to have jolted City’s powerbrokers into action.

According to Bild, as per the Sun, the reigning Premier League champions have stolen a march on other top European clubs looking to sign the 23-year-old.

They are ready to enter negotiations and have made an approach over the striker’s availability, with no buy-out clause in his current deal.

Real Madrid, Juventus and his former club Paris Saint-Germain have all been linked with Nkunku, who also has five assists in his Bundesliga appearances. 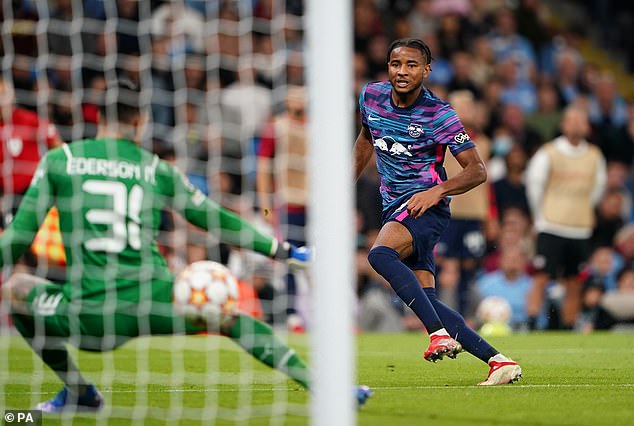 Nkunku has caught the eye in Germany this year, with former international captain and Bayern Munich icon Philipp Lahm lavishing praise on his displays.

Speaking to Bild this month, he said: ‘He has such great offensive actions and it’s just fun to watch.

‘The most important thing is to play football consistently and that’s why I wish him that he can continue to play at the same level for the next few weeks and months.’