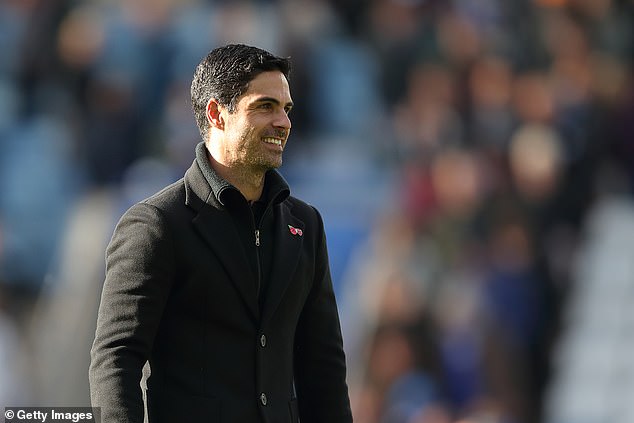 By Gerry Cox For Mailonline

Mikel Arteta admits he cannot enjoy watching European football now that Arsenal are no longer involved – but says he is using their Euro exile to rebuild unity at the club.

Arsenal’s failure to qualify for European competition last May meant their first absence in 25 years, when Arsene Wenger first arrived at the club in 1996.

Arteta says he finds it painful to see seven other English clubs playing in Europe, including London rivals Chelsea, Tottenham and West Ham, but hopes to use the extra time on the training ground with his players to their advantage. 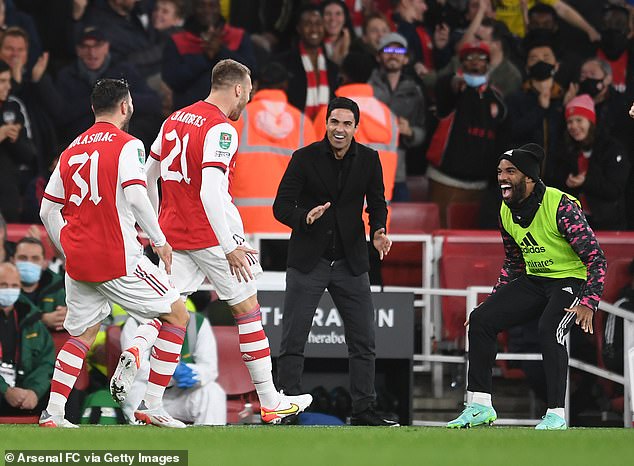 ‘I am still struggling to see it that way because every time there is a European week I don’t enjoy watching it,’ he admitted ahead of today’s (SUN) home game against Watford.

‘But that is the situation, we have to make the most of it, and hopefully we can benefit from that. We try to maximise the exposure we have with the players, to get ideas across, to spend more time together and compete better when we have the opportunity.’

One player Arteta believes will benefit from more time will be Emile Smith Rowe, who missed out on the latest England squad despite a clamour from Arsenal fans for Gareth Southgate to give the young midfielder a chance.

Smith Rowe, 21, broke through last year but has only played 14 full league games for Arsenal, and Arteta says being under the spotlight with England may not necessarily be a good thing at this stage of his career. 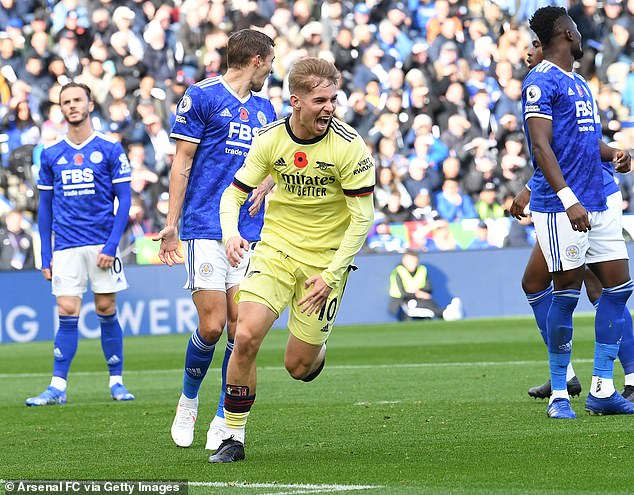 ‘He needs consistency and to increase his level,’ said his manager. ‘There are players who have played 300 games in the Premier League and never played for their national team. We (fans) want everything so quickly.

‘He needs to be patient. This is the first year he has had consecutive performances at a level where you are realistically considering that option (England) and it doesn’t have to happen straightaway. Sometimes it is not good.’

Ben White also missed out on Southgate’s squad, but Arteta says. ‘The England squad is incredible and they show in every tournament the level they have. Ben has the ability, no question and if you see the progression he has made in the past two seasons, he is heading in the right direction.’