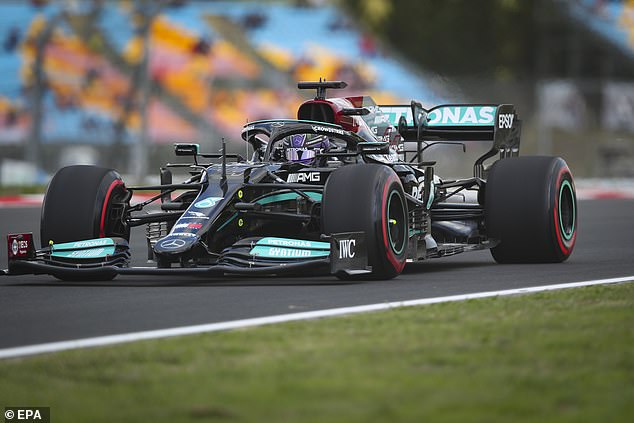 Lewis Hamilton went fastest in first practice ahead of the Turkish Grand Prix, on a weekend where the Brit will take a 10-place grid penalty.

Soon after practice started, it was confirmed that the world champion would suffer a grid demotion after being forced to use a fourth engine of the season, taking him over the permitted allocation of three.

Hamilton heads into the weekend with just a two-point lead in the world championship over Red Bull’s Max Verstappen and, despite the blow of the penalty, would have been boosted after the first session in Istanbul saw him dominate to go four tenths faster than his chief title rival.

Hamilton was more than four tenths quicker than Verstappen with a time of 1:24.178 during the morning session, boosting hopes that he could have the pace to make overtaking cars on Sunday easier following his grid demotion.

Ferrari’s Charles Leclerc was only slightly off Verstappen’s time to complete the top three for Ferrari, with Valtteri Bottas in fourth and six tenths behind his Mercedes team-mate Hamilton.

Having narrowly missed out on victory last time out in Russia to Hamilton following a late downpour, McLaren’s Lando Norris was a bit further off the pace in the morning at over a second behind his compatriot in seventh place.