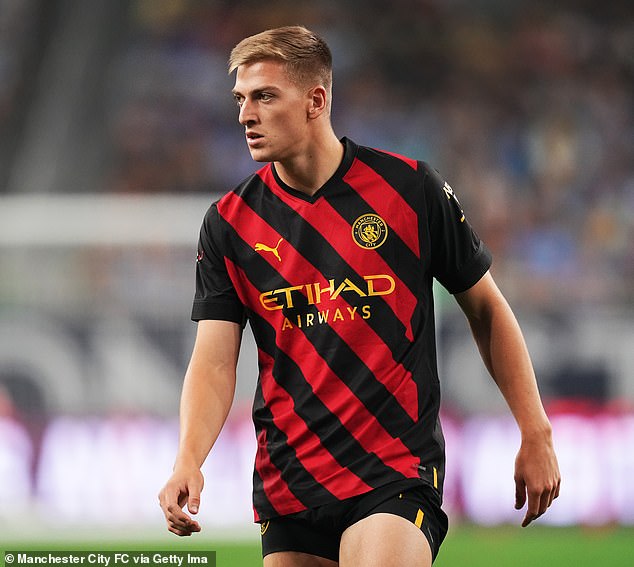 By Simon Jones and Dominic Hogan For Mailonline

The 19-year-old is on City’s pre-season tour in the United States and has loan interest from a number of clubs including Burnley though a move there is considered unlikely.

City are prepared to allow Delap – the son of ex-Stoke man Rory – to leave on loan this summer to gain experience.Â

He made his Premier League debut in the 2020-21 season in a 5-2 loss to Leicester City and played in the Champions League for the first time against Sporting Lisbon this February.Â

But Premier League side Brighton have also been monitoring Delap’s situation closely, and are considering bolstering their own attacking options.Â

And with the Seagulls already in talks with the reigning Premier League champions over the potential sale of Marc Cucurella, Delap could find himself unwittingly drawn into the conversation.Â 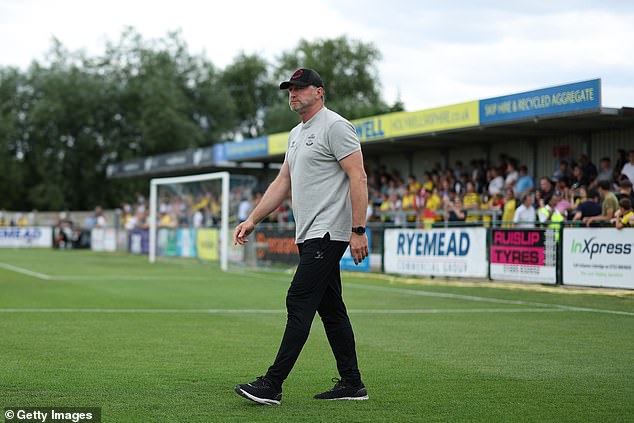 The 19-year-old was part of the England side to win the U19 Euros, and came off the bench in the final as the Three Lions beat Israel 3-1 after extra time.Â

Kompany has already lured two City youngsters to Burnley on loan this summer – centre-backs CJ Egan-Riley andÂ Taylor Harwood-Bellis, with the ex-defender using his connections at the club. 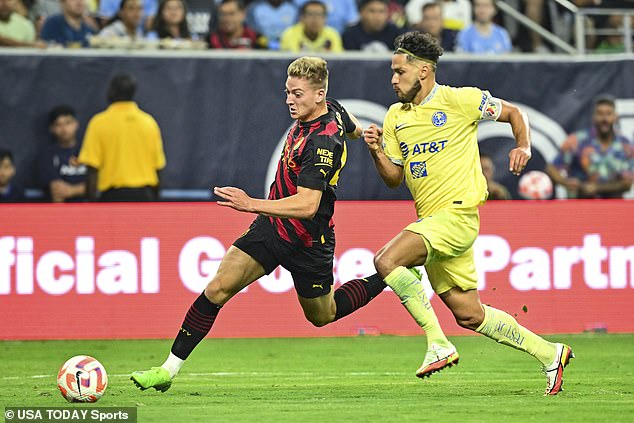