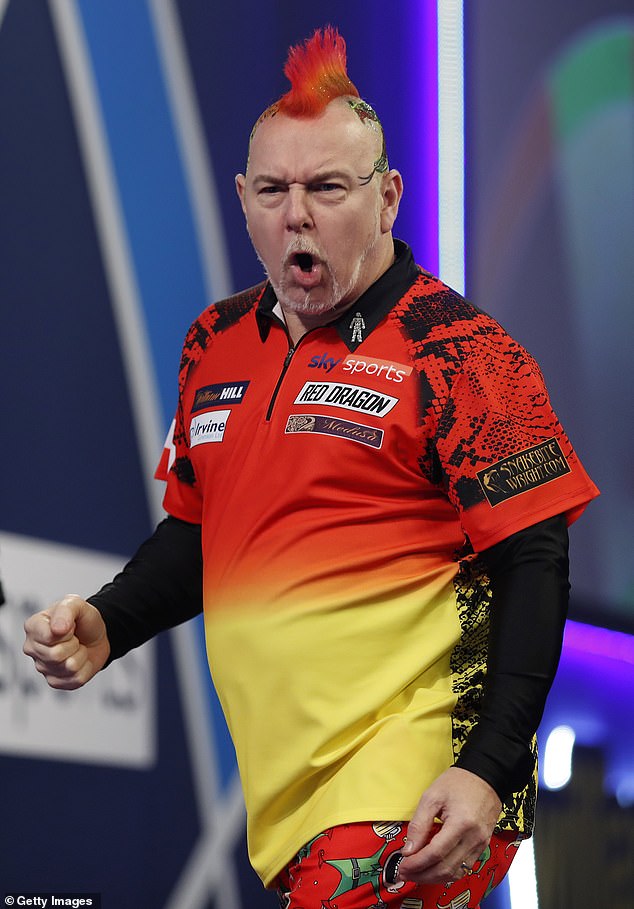 The Scot, world champion in 2020, went one better than his previous appearance in the tournament final four years ago with a dominant display at the Winter Gardens in Blackpool.

Wright had overcome Michael Van Gerwen on Saturday but in Van Den Bergh he faced a man who had been his lodger last year when travel restrictions were imposed at the height of the coronavirus lockdown.

However, there was no sentiment from the world number two who was never behind having taken a 3-0 lead.

His Belgian opponent got the score back to 4-2 but that was the narrowest the gap was reduced to as Wright reeled off the next four legs in 14, 11, 14 and 12 darts to establish a commanding position.

When Van Den Bergh failed to convert a double-top finish with three darts after Wright had left the door ajar at 15-8 he looked broken having squandered back-to-back 180s in two successive legs.

Wright coolly closed out victory, finishing with an average of 105.9 even if Van Den Bergh outscored him 11 to 10 on the 180 count, and dedicated the victory to his tearful wife, who watched from the side of the stage having had spinal surgery last Thursday.

‘This is for Jo,’ he told Sky Sports.

‘To beat last year’s matchplay champion is special. He proved to the world how he can play. He missed a lot of doubles and let me in.

‘Dimitri worked real hard last year when he was round mine, he was on the board from 9 o’clock to 11 o’clock every night and that is why he came and won it.’

Van Den Bergh was magnanimous in defeat, saying: ‘My heart is in pain but today Peter Wright is a deserved winner.’