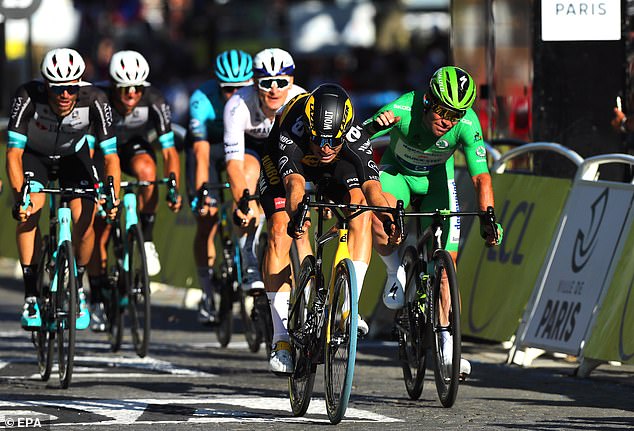 Ever since the unthinkable drifted into view, Mark Cavendish has refused to peer down the lens of destiny — at least in public.

The 36-year-old has avoided saying the name Eddy Merckx. He has resisted talk of what could lie around the corner.

Instead, as every hurdle between him and history fell, the Manxman always maintained: each stage win is simply that. 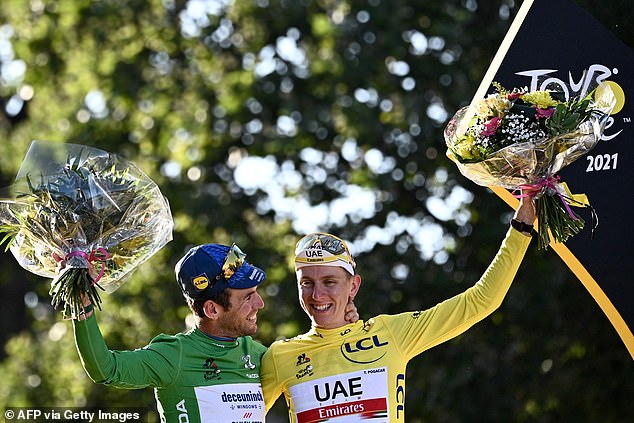 ‘Cav’ couldn’t grab his record 35th stage, but joined Tadej Pogacar on the podium to collect the green jersey after the Slovenian dominated the yellow jersey race

And then, on the cobbles of the Champs-Elysees, the mask finally slipped. As Wout van Aert and Jasper Philipsen trapped him against the barrier, and stage win No 35 drifted out of sight, Cavendish tilted his head. He gritted his teeth. He banged his handlebars in frustration.

So there was no fairytale finish to one of sport’s most remarkable rebirths. Instead, Cavendish had to make do with four stage wins and a second green jersey.

That in itself proves how remarkably he has shifted through the gears of expectation ever since a last-minute call-up to this race.

He wasn’t supposed to be here, let alone troubling Merckx’s 46-year record for stage wins. Now another chance to surpass the Belgian must wait a year — at least.

It was Merckx’s compatriot, Van Aert, who took the final stage of this year’s Tour with another brilliant ride. 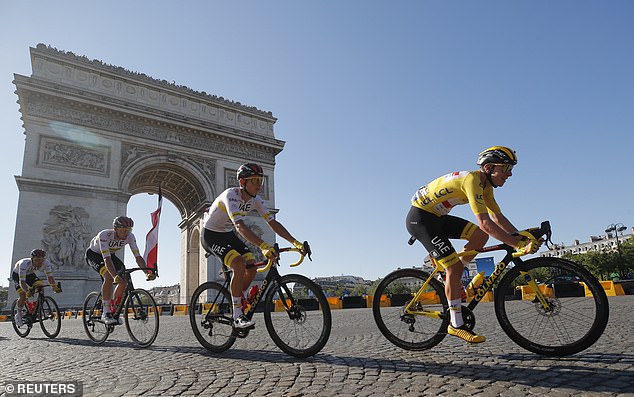 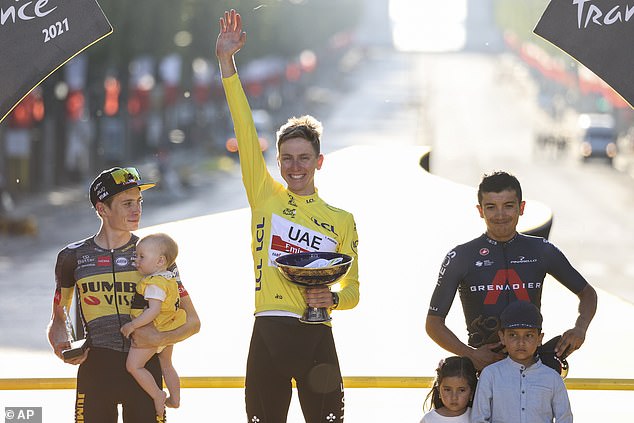 Following Saturday’s time trial victory, he held off Cavendish and Philipsen of Alpecin-Fenix.

On Sunday night, he boarded a flight in search of Olympic glory, too. For Cavendish, meanwhile, the coming days will offer ample opportunity to reflect on a remarkable race. 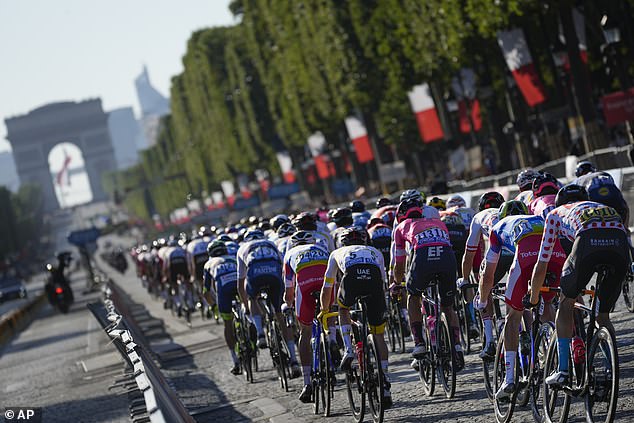 ‘He just froze,’ was Chris Boardman’s brutal verdict. ‘That wasn’t the Mark Cavendish we’ve seen before.’

Before long, the pain of falling short should make way for pride. But how Cavendish will yearn for another crack.

This was not quite the procession into Paris we have come to expect. Except for Slovenia’s Tadej Pogacar who, at 22, toasted a second straight yellow jersey — as well as victory in the mountain and young rider classifications. No one has won two Tours at such a young age. 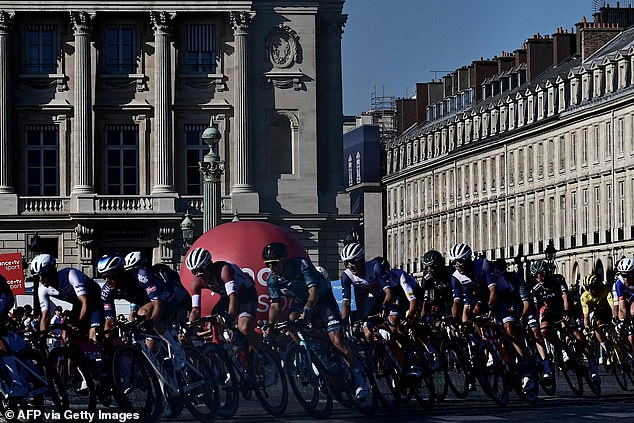 Pogacar and his UAE-Emirates team led the field over the line for the first of nine trips around the Champs-Elysees circuit.

From there, the peloton reeled in several breakaways and splinter attacks to set up a sprint finish. But with Cavendish eyeing a fifth win in Paris, a gap never appeared.

Not that the Manxman’s children seemed to care as they led him on to the podium to celebrate the green jersey — and a phenomenal effort. It was some ride.