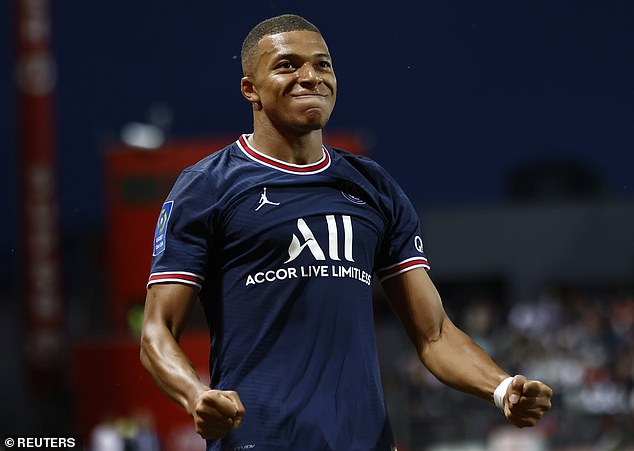 By Richard Martin For Mailonline

Paris Saint-Germain are reportedly digging their heels in as they look to hold off Real Madrid’s strong interest in Kylian Mbappe, as the Spaniards consider returning for the Frenchman in January.

Mbappe, 22, has been Madrid’s top priority for some time, with Los Blancos keen to land the Frenchman during Zinedine Zidane’s tenure and the objective remains the same under Carlo Ancelotti.

However, Madrid have been met with strong resistance by the French giants, with PSG firmly rebuffing the Spaniards’ attempts to land their striker, who has one year remaining on his contract.

PSG are putting the brakes on Kylian Mbappe’s move to Real Madrid, according to reports 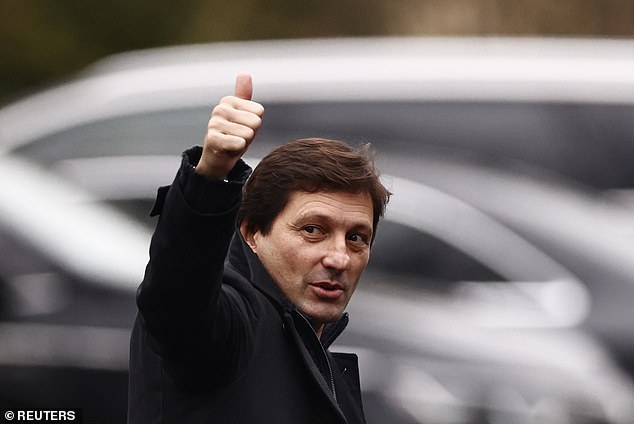 Newspaper Le Parisien report that the Ligue 1 side have rebuffed Real’s latest £154million (180 million euro) offer for the France striker and are holding out for a third bid for him.

Meanwhile, Sky Sports understand that Madrid may be forced to wait until January to get their man, such is PSG’s determination to keep hold of Mbappe.

By that time, Madrid can enter pre-contract negotiations with Mbappe, bypassing PSG as a result – who are reported as not being ‘practical’ in talks with the Spaniards.

Despite landing Lionel Messi, Sergio Ramos and Gianluigi Donnarumma this summer, Mbappe is desperate to move to the Bernabeu, with it understood to be his ‘dream’ to play for Los Blancos. 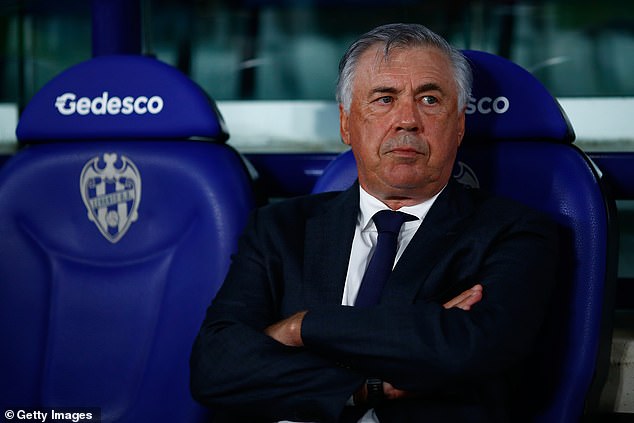 Although reports in England and France paint a bleak picture of Madrid landing Mbappe in the coming days, Spanish media remain confident that a deal can be struck before the window slams shut next week.. Marca, the paper with closest ties to Madrid, say the move will be announced ‘imminently’.

AS, another Madrid-based sports newspaper, is talking about when the move will happen rather than if, saying Mbappe’s arrival will complete a ‘luxurious’ Real attack alongside Vinicius Jr and Karim Benzema.

Indeed, PSG sporting director Leonardo, who earlier this week launched a scathing attack on Real and accused them of ‘illegal and disrespectful behaviour’, indicated his club were not willing to negotiate. 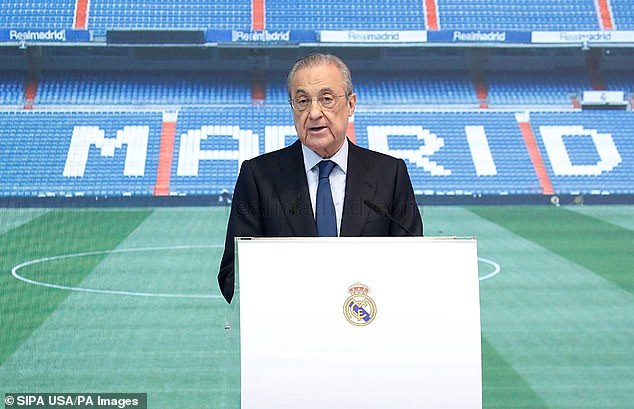 According to reports, Madrid may come back in for Mbappe in the January window

‘All I can say is that nothing has changed in the last two days,’ the Brazilian told Spanish TV show El Chiringuito on Friday.

Real coach Carlo Ancelotti also refused to be drawn on his side’s pursuit of Mbappe when he spoke to the media on Friday ahead of his side’s LaLiga match away to Real Betis.

‘Mbappe’s case is a matter for those in charge of the club,’ Ancelotti told a news conference.

‘I cannot say anymore. I think only about coaching the team, preparing for the game and managing the players well. 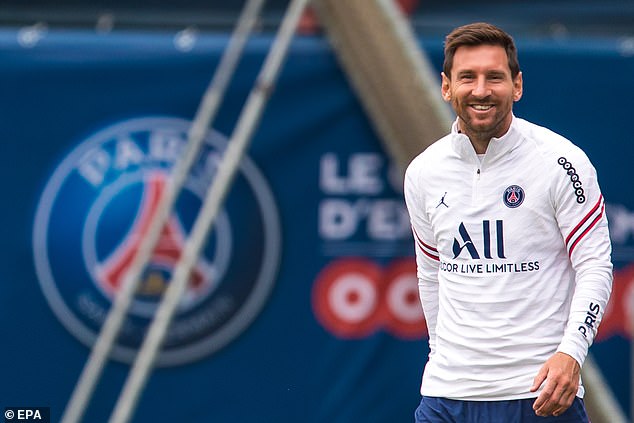 ‘Everything that the politics of football entails, it does not matter to me. He (Mbappe) is a great player but I think we have great players here too. We have to give everything so they can show their qualities.’

PSG visit Reims on Sunday night in what is set to be Lionel Messi’s long-awaited debut for the club but there has been no indication from coach Mauricio Pochettino on whether Mbappe will travel with the squad for the match.

Real visit Real Betis on Saturday after last week’s thrilling if frustrating 3-3 draw at Levante and widespread reports in the Spanish media say they plan for Mbappe to make his debut at the renovated Santiago Bernabeu on September 11.