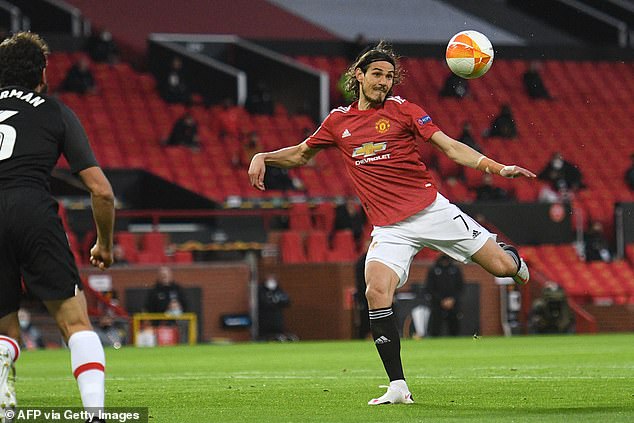 The pundits were debating United’s striking options prior to their Europa League quarter-final second leg against Granada.

Ole Gunnar Solskjaer only has Edinson Cavani as an out-and-out centre-forward, according to Scholes. 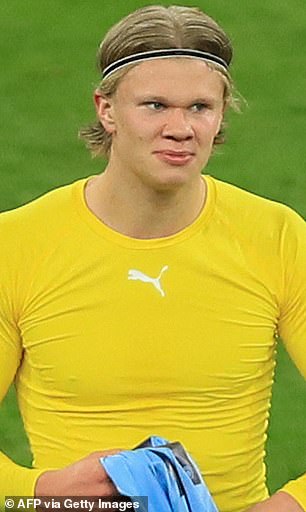 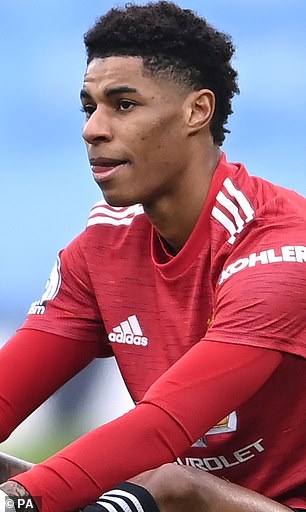 And with doubts over whether the Uruguayan will sign a contract extension, coupled with his injury record this season, the United club legend thinks signing a centre-forward has to be prioritised.

He told BT Sport: ‘I think they’ve got really good forwards but are any a real-centre forward? They look better in wide areas.

‘Cavani has only started 15 games, can they keep him another year? It will cost a lot of money but they have to sign someone eventually. 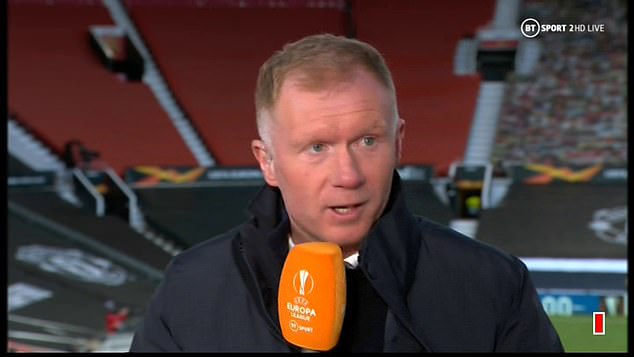 ‘If Cavani was to stay, he wouldn’t want to sit on the bench, I think he’s waiting to see if United sign a centre-forward. He hasn’t played a lot due to injuries and that is a concern given his age.

‘I don’t see Mason Greenwood as a centre-forward, I just see him in wide areas, not a great link up man, not making clever runs or tap ins, I see him in a wide right area that none of the other players like.

‘He is devastating when facing a player up on the right side, that’s what makes him such a dangerous player. As a kid he wasn’t like a traditional centre-forward but always scored spectacular goals. He’s a wide player and that’s why United need to sign a top class centre-forward.’

Hargreaves disagreed with his colleague, arguing that Cavani, who scored the opener against Granada, could excel up front next season and United could then strengthen in other areas. 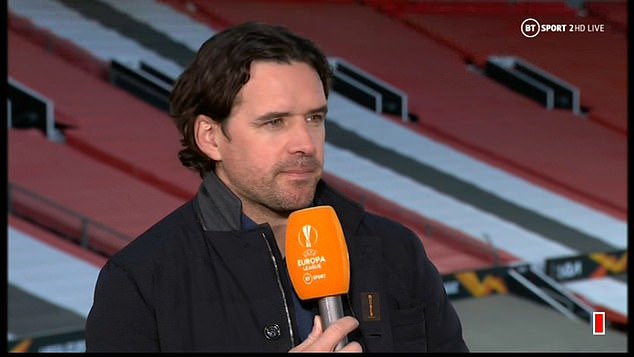 Hargreaves thinks United would be well advised to strengthen other areas 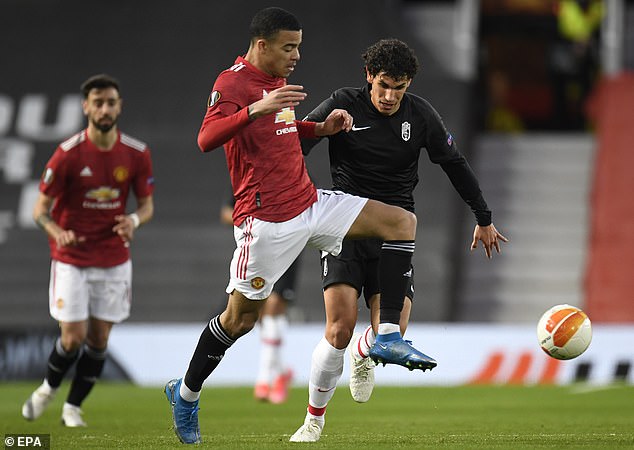 He said: ‘Obviously everyone wants Harry Kane and Erling Haaland but they should keep Cavani and reinvest it elsewhere. They could spend that money on three other players in important positions. Cavani could get you 25 goals if he plays regularly next season.

‘They are the second highest scorers in the league already so is it the biggest issue? Their best players are attackers, I don’t think it is realistic to win the league next season but they need a new right winger and centre-back and you can’t spend £100million on every player.’

Haaland and Kane could both move this summer but would be likely to cost around £150million. It would be the majority of United’s transfer budget and it will be interesting to see where Solskjaer prioritises strengthening the team.